Girl With A Pearl Earring 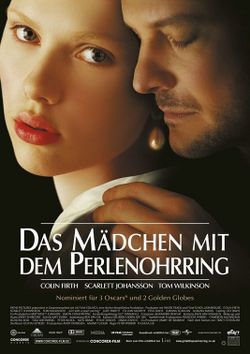 At the ripe age of 19, Scarlett Johansson has created a fertile Lolita allure for older men in three powerful movies. She was the alluring object of desire for Billy Bob Thornton in the Coen Brothers’ “The Man Who Wasn’t There.” Johansson got Bill Murray’s goat in Sophia Coppola’s “Lost In Translation” and inspires Colin Firth (Dutch painter Johannes Vermeer) as Griet, a 17-year-old maid in Peter Webber’s period drama “The Girl With The Pearl Earring.” The film is an intriguing speculative account of the creation of one of Vermeer’s most famous and sensual paintings. Every shot in the film looks like it was taken right out of a painting from Delft, Holland circa 1665 thanks to Director of Photography Eduardo Serra (“The Wings of the Dove”) and Production Designer Ben Van Os (“The Cook, the Thief, his Wife and her Lover”). But it’s Scarlett Johansson who turns the story with singular command of her exquisite acting instrument.
Rated PG-13. 95 mins. (B+) (Four Stars)

Listed below are links to weblogs that reference Girl With A Pearl Earring :