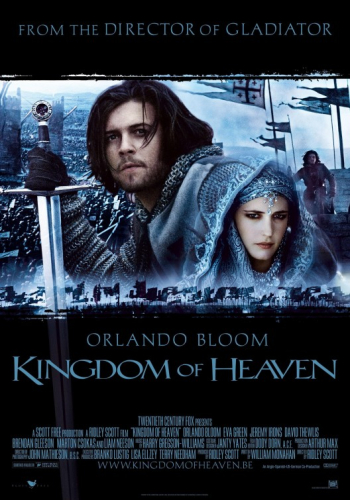 Cinema’s least potent leading man-child, Orlando Bloom, stinks up the screen in Ridley Scott’s unsatisfying "epic" about the Crusades, in which Christians promoted century-long bloody battles with the Muslim world in the 11th and 12th centuries.

Bloom portrays Balian, a blacksmith who ventures to Jerusalem to absolve his sins, after the suicide of his wife after the death of their son, and ends up leading the military defense of Jerusalem. Grandly staged battle sequences pad the oddly bland story while performances by Syrian actor Ghassan Massoud, as Muslim warrior Saladin, and Brendan Gleeson enliven the narrative. Edward Norton does a terrific vocal characterization as the leprosy-suffering Christian king Baldwin IV, who is hidden behind a sliver mask.