A hallmark of gratuitous violence in Hollywood movies occurs when someone gets shot and gets back up to run around for another 60-minutes of screen time. It’s exactly this brand of bent dramatic license that hobbles “Man On Fire” as a silly action/revenge movie that insults more than it entertains.

The ever watchable Denzel Washington plays John Creasy, an alcoholic ex-CIA operative who takes on a bodyguard job overseeing the 9-year-old daughter (Dakota Fanning) of a Mexico City industrialist played by Marc Anthony.

Creasy recovers after being shot several times during the girl’s kidnapping, and goes on a grand scale revenge spree. 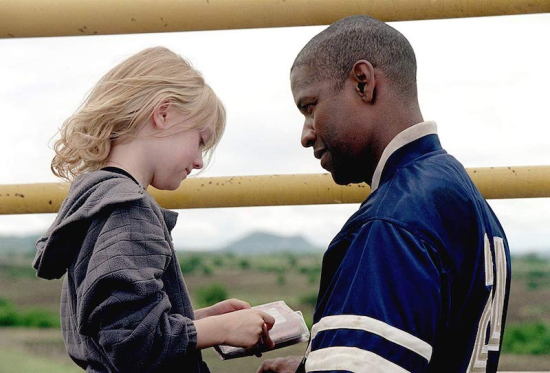 “Man On Fire” is remake of a notoriously dreadful 1987 movie, based on the same-titled novel by A.J. Quinnell, and it fares little better here with Tony Scott (“Spy Game”) directing with a flamboyant use of flashy subtitles and camera techniques lifted from “Traffic” and “City Of God.”