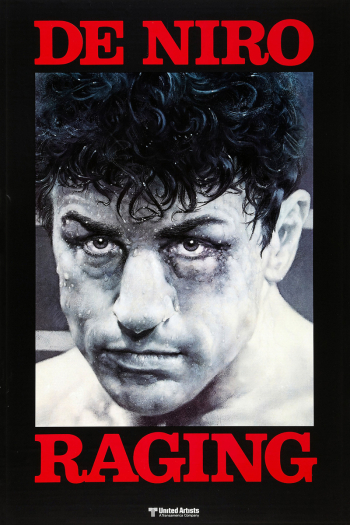 Robert De Niro's metamorphosis into boxing legend Jake La Motta (a.k.a. the Bronx Bull) is one of the most impressive acting transformations on celluloid. You could charitably term La Motta an anti-hero, but there De Niro's deeply conflicted character hardly possesses a single redeeming trait albeit his ability to take and land punches like a human animal capable of nothing else. There is nothing romantic about Jack La Motta.

Martin Scorsese's bold decision to film "Raging Bull" in black and white pays off enormously in capturing the internal and physical struggle of a distinctive anti-hero set on a course of self- destruction in the boxing world of the '40s and '50s. Blood and sweat fly in kinetic action sequences that are as viscerally cinematic as anything Stanley Kubrick ever filmed.

The visually glorious boxing scenes in "Raging Bull" are standard fare for university filmmaking classes due to Scorsese's facile use of cinema language to convey La Motta's character traits and mood swings, as well as the social conditions that influence his predictably wrongheaded choices. 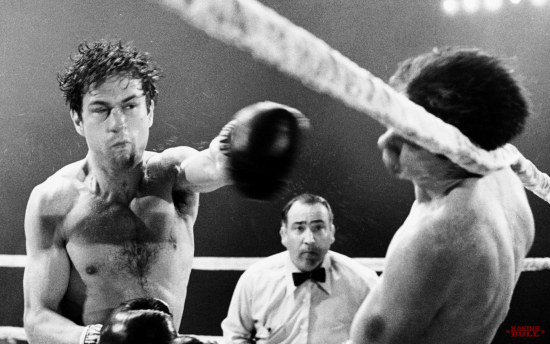 "Raging Bull" is one of the best films of the '80s, but it is not without its flaws. Scorsese's heavily stylized approach keeps the audience at an arms distance that practically dares the viewer to see beyond it. This is a film that makes its audience suffer. Nonetheless, the experience is pure cinema, and pure Scorsese, which is to say 100% De Niro. No other film presents boxing with such devastating results. You'll want to take a bath after seeing "Raging Bull."