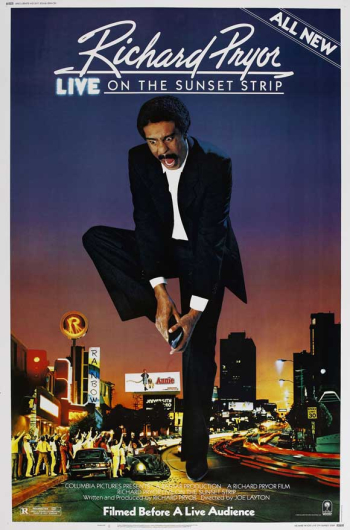 This hilarious filmed performance of Richard Pryor’s first comic routine after the immensely talented comedian set himself on fire while free-basing cocaine is an example of the most raw and funny comic material you will ever witness.

Pryor hits the comedy running and doesn’t let up until he’s exhausted the audience with so much gut-wrenching laughter that you won't know whether to stand up or lie down. His honest, and therefore brutally funny observations, about racism and his own drug abuse become moral touchstones that explode with brilliant humor as he thoughtfully explores avenues of thought and universal human experience as a satirist of the highest degree. There will always only ever be one Richard Pryor, and his profoundly inspired performance shows exactly why.