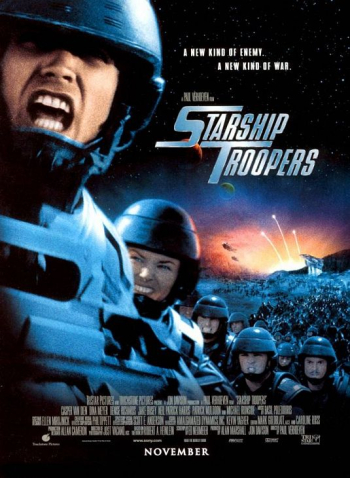 Paul Verhoeven's presciently cynical satire of American politics is loosely based on Robert A. Heinlein's 1959 science fiction novel which went on to win the Hugo Award for Best Novel in 1960. The movie is equal parts comedy, war action, spectacle, and satirical commentary.

Verhoeven's outrageous sci-fi epic piles on layers of observations about the nature of militarization in a story about young-and-lovely high school graduates (equal opportunity for girls and boys) going off to war against an invading army of giant arachnid bugs from the planet of Kelndathu. All this wasted beauty.

In the film's near future, American society has fully integrated political indoctrination through a constant barrage of public media propaganda to effect its fascist motives. In a world where "Service guarantees citizenship," even if the rich don't have the right to be citizens, every kid wants to do a great job for the Fatherland — and die! Oh, the glory of war. 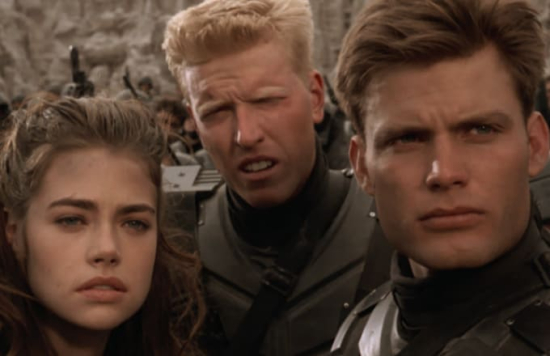 "Starship Troopers" is a canny war satire that outshines even Kubrick's great satire "Dr. Strangelove or: How I Learned to Stop Worrying and Love the Bomb." The bugs, the bugs!