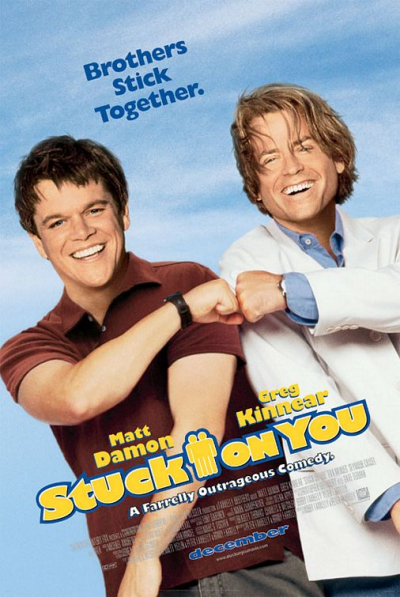 The Farrelly Brothers continue to make a career out of exploiting handicapped people in their films with this eggheaded comedy about conjoined twins Bob and Walt (Matt Damon and Greg Kinnear).

The humor vacillates between crass slapstick and strained plot artifice as the duo travel to Hollywood for Walt to pursue his acting career.

Barely any of the film’s proposed humor induces laughter as the story repeatedly backfires on itself. In spite of a convincing make-up job and the best efforts of its cast, “Stuck On You” falls as far short of the mark as the Farrelly Brothers’ “Shallow Hal” did.