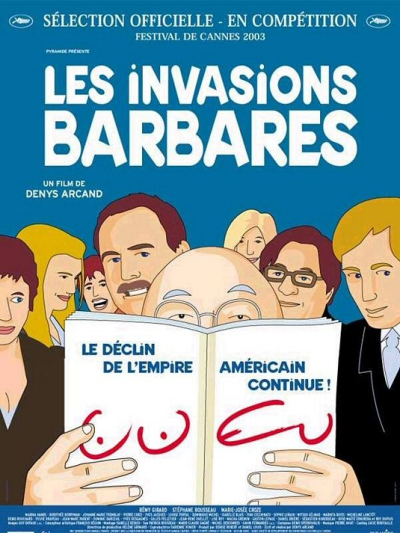 Arcand views the group’s waning leftist ideals through a prism of social realities of terrorism, drug use, and such fallible constructs as Canada’s health care system. Remy’s old friends gather around to put their lives into perspective with humor and intelligence that informs Remy’s passing with a knowing acceptance of the optimism in death.

“The Barbarian Invasions” is an intriguing meditation on the inevitable fall of ideologies under the pressure of nature’s laws.