« The Chronicles Of Narnia: The Lion, The Witch and The Wardrobe | Main | Wonderland »

The Kid and I 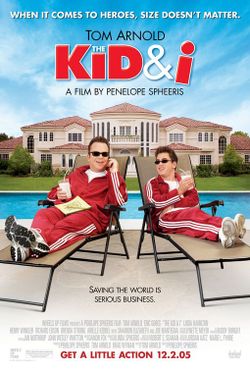 Tom Arnold wrote and stars in this heart-on-sleeve “comedy” that will go down in cinema history as one of the most awkward additions ever made to the genre. Bill Williams (Arnold) is a suicidal has-been actor whose claim to fame comes from a bit part he played in Arnold Schwarzenegger’s “True Lies.” Bill is diverted from his carefully planned suicide when his agent (Henry Winkler) arranges a $450,000 payday for Bill to write and co-star in an action comedy opposite the teenaged son of a billionaire (Joe Mantegna). The catch is that the son (Eric Gores) suffers from cerebral palsy and the film is being made solely for the purpose of fulfilling his fantasy of playing an action hero to show the world that anyone can do it. Director Penelope Spheeris (“Wayne’s World”) keeps an all too literal tone to a misconceived movie that embarrasses far more than it entertains.
Rated PG-13. 93 MIN. (D) (One Star)

Listed below are links to weblogs that reference The Kid and I: