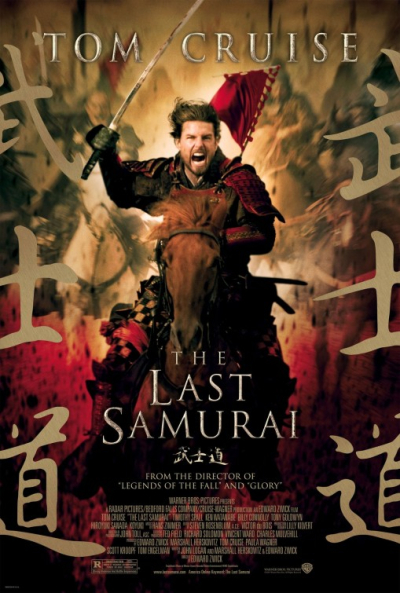 Tom Cruise spent a year preparing for his most physically challenging role yet, that of American Civil War Officer Captain Nathan Algren in director Ed Zwick's "The Last Samurai."

fter being hired to train a regiment of Japanese Army for the Emperor of Japan, Algren is captured by Samurai and tutored to live as they do. Algren eventually learns to value "life in every breath," and finds that his inner nature is more in harmony with the Samurai than his previous path of mercenary. Part fantasy and part historical touchstone, "The Last Samurai" is a impressive romanticized journey through the ideological struggles of 1877 Japan that benefits from Tom Cruise's flawless leadership as a white man who adopts the Samurai code of honor Bushido.

Posted by Cole Smithey at 09:35:00 PM in Action/Adventure, Fantasy