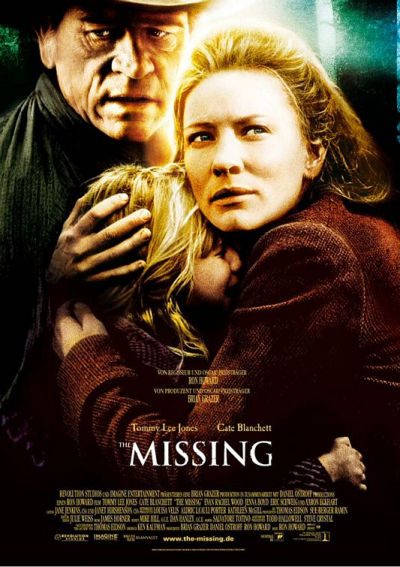 Tommy Lee Jones and Cate Blanchett are powerful as a father and daughter who join up to rescue Maggie’s (Blanchett) kidnapped daughter Lily (Evan Rachel Wood) from a depraved group of sadistic misfits planning to sell their girl hostages to become prostitutes in Mexico. The story’s emotional and dramatic arcs crisscross above the reconciliation between the tough-minded physician daughter and her roving father, who has adopted the dress and ways of the Indian since his marriage to a now deceased Indian woman. 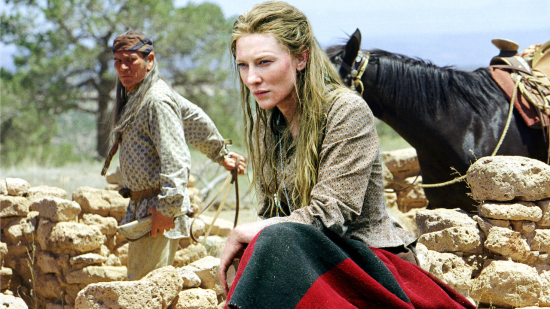 “The Missing” is overly drawn out but benefits much from Jones’s and Blanchett’s absorbing performances. The script is by Ken Kaufman (co-writer on “Space Cowboys,” another Tommy Lee Jones vehicle).