« The Center of the World | Main | GHOST WORLD — THE CRITERION COLLECTION » 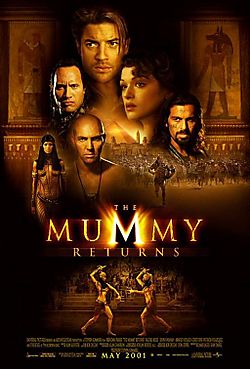 By definition sequels are generally doomed to an inferior status to their original predecessor. In the case of writer/director Stephen Sommers' return to the scene of his criminally silly yet hugely popular "The Mummy" (1999) is a computer-generated stinker of a dud.

Once again the 3000 year-old "Imhotep" (Mr. Mummy) gets his skin back, in the guise of golden age actor Arnold Vosloo, to attempt an Egyptian power play that will bring down a circa 1933 apocalypse of destruction. This spectacle is made possible by some archaeological pilfering by Egyptologist Evelyn O'Connell (Rachel Weisz), her dim-witted playboy brother Jonathan (John Hannah), her swashbuckling hubby Rick (Brendan Fraser). and the couple's 8-year-old son Alex (Freddie Booth). 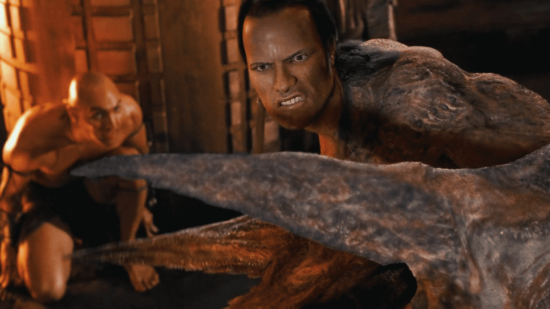 There's a lump of "E.T.," a dash of "Star Wars," a spritz of "Lawrence of Arabia," a dose of "Indiana Jones," and not a trace of the horrific elements that made the 1932 original version of "The Mummy" (with Boris Karloff as the monster) a massive achievement in horror. Oh but for the days of Boris Karloff's great talent.

Posted by Cole Smithey at 09:31:00 PM in Action/Adventure