« ETERNAL SUNSHINE OF THE SPOTLESS MIND | Main | THE PUNISHER » 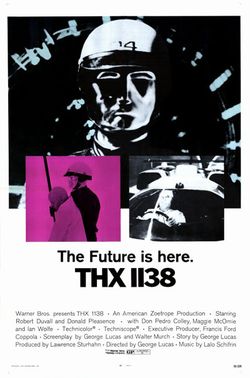 George Lucas’s famous 1970 sci-fi debut feature is striking for its influential elements and dark tone that has inspired numerous other films such as “Blade Runner” and “Minority Report.”

Set in the 25th century, the high concept story envisions a totalitarian state lacking privacy and individuality where its citizens are manipulated by mandatory drugs. Robert Duval plays a government-controlled factory worker named THX-1138 who is separated from his government-appointed “roommate” LUH (Maggie McOmie) when authorities become aware of their drug-evasion and sexual interaction. THX-1138 attempts to find LUH and escape their over-populated underground city.

Tedious pacing contributes to the confusing nature of the movie, but George Lucas’ restored “THX-1138” is essential viewing to distinguish his artistic vision before he transformed Hollywood a few years later with "Star Wars" and the franchise that followed. 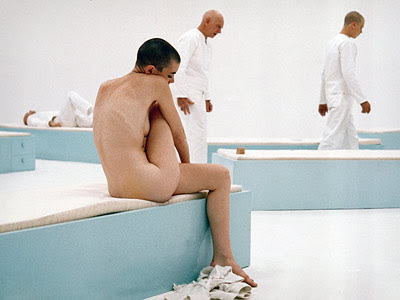