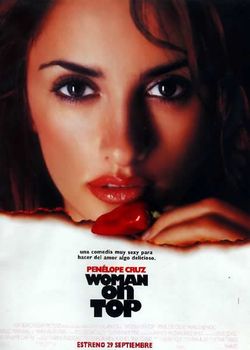 "Woman on Top," as the title promises, is about a girl who can only achieve satisfaction if she’s on top. If you know what I mean.

Isabella Oliveria (Penelope Cruz - "Live Flesh") is an under-appreciated sexy Brazilian chef married to macho restaurant owner Toninho (Murilo Benicio). Isabella suffers from motion sickness that means she has to drive, take stairs instead of elevators, and be the one doing the pounding. Ahem. 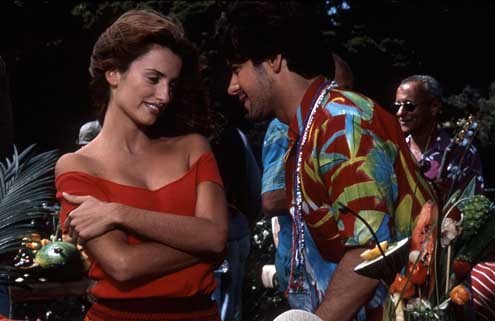 But when Isabella catches Toninho doing the nasty with another woman so he can be on top for once, Isabella splits for San Francisco to curse that man right out of her heart, and win some notoriety of her own.

Written by Vera Blasi, and directed by Fina Torres ("Oriana"), "Woman On Top" is a chick flick with so much colorfully spicy Brazilian food being passed around as a shared aphrodisiac, that audience couples will be running out the cinema for food and bed.