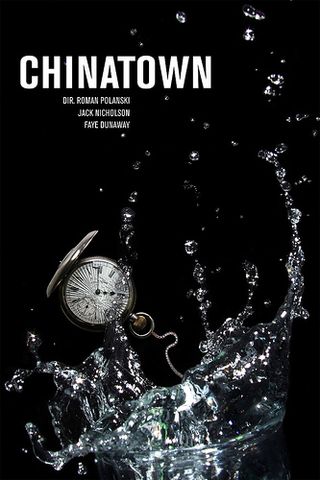 Like "Casablanca," "Chinatown" (1974) represents a perfect storm of prodigious cinema talent coming together under an intoxicating noir setting, albeit of neo noir influence attributed to by the warm California sun. Robert Towne's screenplay is the stuff of legend — a perfectly layered script without a scrap of fat on it. It may well be the most economical screenplay ever written. Roman Polanski exerted considerable influence on the script and particularly its nontraditional ending. Legendary Hollywood producer Robert Evans played a significant part in the success of the film he commissioned.

With a bold adaptation of Shakespeare’s “Macbeth” and a cheap excursion into sexy frivolity (“What?”) under his belt, Roman Polanski had finally purged himself of his wife Sharon Tate’s brutal murder in 1969, and was back to working at the height of his powers. Jack Nicholson, Faye Dunaway, and John Huston each deliver career-high performances — their every gesture seems already written in stone.

The glamorous setting is '30s Los Angeles, where secret political wrangling over water rights for the area is cause for more than a little criminal activity on the part of a few greedy men. Towne sidesteps knee-jerk noir tropes — such as voice-over narration or a MacGuffin — in favor of an overarching ambiguity contained in the film’s enigmatic title — a reference to the ostensibly exotic Los Angeles district where the story’s private eye protagonist once worked.

In a career-topping performance, Jack Nicholson plays private detective J.J. "Jake" Gittes, a cool combination of Dashiell Hammett, Sam Spade, and Jay Gatsby. The methodical Jake tells one of his assistants, “This business requires a certain amount of finesse.” His barber compares Jake to a movie star. The audience experiences every scene through Jake’s eyes.

A squirrelly dame named Ida (Diane Ladd), posing as Evelyn Mulwray, hires the natty Mr. Gittes to follow her dedicated water commissioner husband Hollis Mulwray (Darrell Zwerling) on suspicion of cheating. The complex web of deceit that Jake enters into costs him dearly along the way toward a downbeat ending that still shocks audiences.

Conspiracy, incest, and murder triangulate in a real historical context of Los Angeles's scandalous past regarding its methods for bringing faraway water to a desert. (The book "Cadillac Desert" tells this story well.) 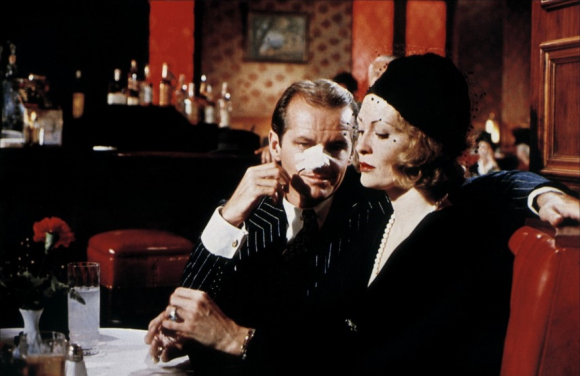 For her part, as the real Evelyn Cross Mulwray, Faye Dunaway plays a figure of Greek tragedy proportions — a tainted heroine doomed to be violently misunderstood even by the only man committed to saving her. Far from the traditional femme fatale in which her character would have been pigeonholed during the noir film movement of the ‘40s and ‘50s, Dunaway’s perfectly coiffed anti-heroine is fragile as piece of Chantilly porcelain.

"Chinatown" was Roman Polanski's last American film, and as such carries a particular aura of the unavoidable hand of fate. The film's lush cinematography and flawless production design exquisitely matches the ensemble's polished performances. "Chinatown" was nominated in eleven Oscar categories in 1974, and won the Academy Award for Best Screenplay.