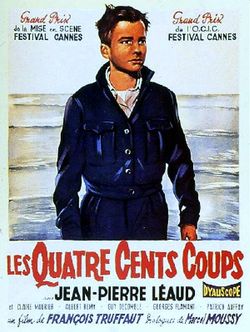 Film-critic-turned-filmmaker François Truffaut's debut film not only spurred on the Nouvelle Vague (New Wave) movement of French cinema, but Truffaut also generated an unequivocal cinematic style that he would elaborate on for the rest of his celebrated career. The rhythms of Truffaut’s hungry camera interact with the action. Sometimes it feels like we’re watching a documentary.

Grounded in his own troubled childhood, "Les quatre cent coups" represents a personal chapter of narrative history seemingly ripped from Truffaut’s private diary. Truffaut’s alter ego Antoine Doinel (Jean-Pierre Leaud) is the precocious yet well-meaning child of ambivalent parents. Antoine’s intelligent charisma makes up for what he lacks in the face of irresponsible parenting. Like James Dean’s iconic character in “Rebel Without a Cause,” Leaud’s Antoine is a born nonconformist.

Circumstances at school and at home conspire against Antoine when his every minor indiscretion is perceived as a sign of irredeemable delinquency, something abhorred in France at the time. The backlash against “teen culture” wasn’t exclusive to America.

It isn’t long before Antoine turns the color that intrusive adults have painted his character. Antoine commits an unforgivable sin when he leaves a lit candle unattended for his shrine to Balzac. Antoine is sent off to a reform school where he clearly doesn’t belong.

Jean-Pierre Leaud’s earthy portrayal of a young boy becoming a young man is mesmerizing. The intuitively keen actor reveals a guileless performance that remains one of the most affecting and memorable renderings of pure character expression in all of world cinema. It’s plain to see why Truffaut continued to work with Leaud on many of his later films.

Truffaut gives the audience a bold example of how youthful rebellion is fomented by myopic societal and parental authority figures. Antoine’s dire circumstances delineate a specific period of suppressive ideology that existed in Europe and America during the ‘50s and ‘60s.

The cathartic power of "The 400 Blows" on its audience is timeless and all consuming. I would argue that Truffaut never again achieved the narrative clarity of his first film, because he infused so much individual passion, experience, and pain into it. He never again had so much private investment. "The 400 Blows" is a profoundly heartrending film that has inspired legions of audience members and would-be directors to turn and face the camera. François Truffaut allows us to see ourselves, and our society, in a whole new way. 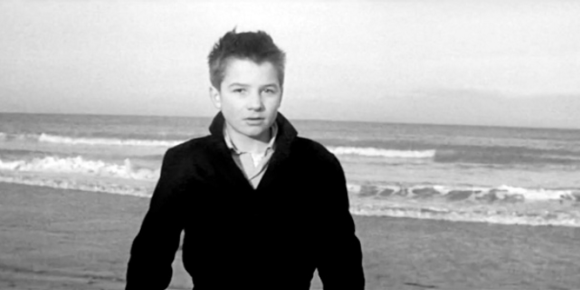