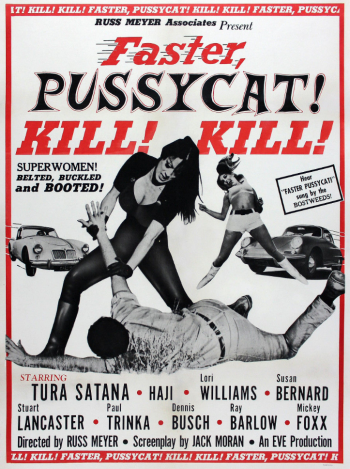 A gang of three outlaw go-go dancers (played by Lori Williams, Haji, and the unforgettable Tura Satana) go drag racing in the desert and meet up with a young couple. Satana's muscle-flexing Varla kills the pugnacious guy with her bare hands before kidnapping his girlfriend Linda (Susan Bernard) and going on robbery mission. It isn't long before the gang have poor little Linda gagged and bound because, well, she looks great that way.

Meyer's audacious sense of eroticism, comic timing, and social satire is impressive, to say the least. "Faster Pussycat" lives up to its outrageous title for as much fun as any audience could have, with their clothes on. Oh yeah, the fact that Elvis Presley dated Tura Satana only makes this movie all the more epic. 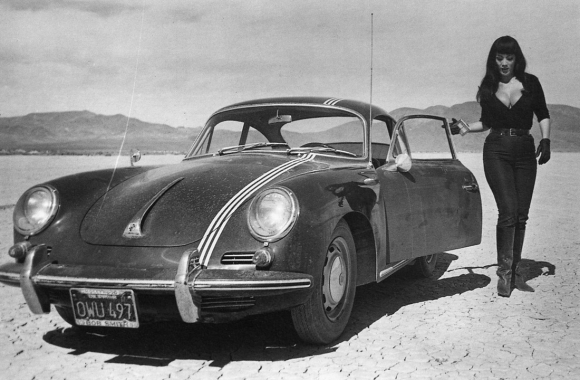