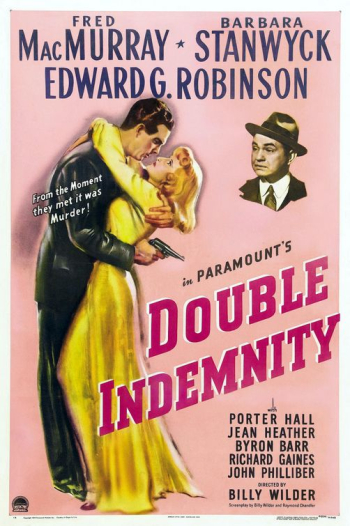 "Double Indemnity" remains one of the best-loved film noir movies for good reason. Barbara Stanwyck rules the roost as one of cinema's most diabolically cunning yet alluring femme fatales.