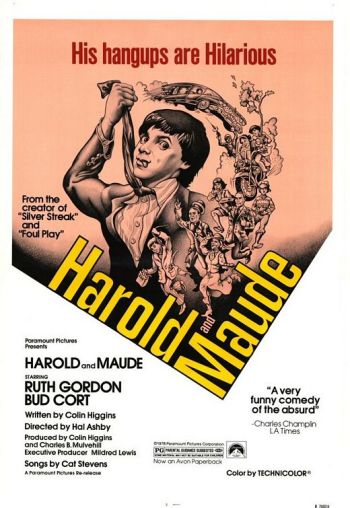 Bud Court and Ruth Gordon play the coolest oddballs on the planet in a movie that captured the Zeitgeist of America’s counter-culture movement during the Viet Nam war. Death-obsessed Harold Chasen (Court) is barely out of his teens. He has a weird proclivity for staging fake suicides to get a rise from his maternally inept but filthy rich mother (Vivian Pickles). Harold’s dramatic suicide-by-hanging in the family mansion establishes the picture’s wonderfully deadpan tone. The audience is let in in of the joke, but where can all this macabre humor lead? Harold’s blasé mother dismisses her son’s desperate pleas for attention as merely sharing in his deceased father’s “sense of the absurd.” Regular therapy sessions provide no relief the distraught Harold. Mrs. Chasen thinks it’s time to arrange a marriage that will lead her boy into new, normal obsessions. But Harold is anything but normal. He has no problem sabotaging his mother’s efforts at fixing him up with a girl who falls for one of his suicide pranks involving self-immolation. This one is a showstopper. 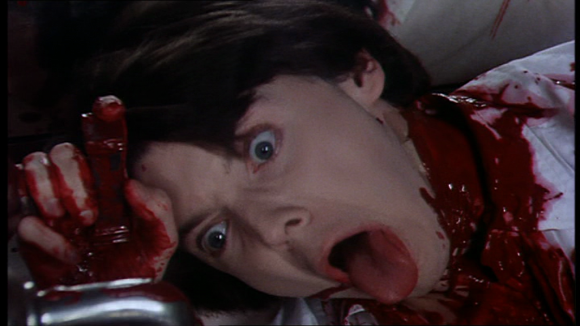 Another of the 20-year-old Harold’s favorite activities, aside from watching building demolitions, is attending funerals. The custom vehicle that Harold crafts by combining a hearse with a Jaguar sports car speaks volumes about Harold’s ironic sense of self and his potential future plans.

Maude (Ruth Gordon) is a vivacious 80-year-old freethinker who coincidentally shares Harold's fancy for the pomp and circumstance of memorial services. She goes further. Maude likes to bring food to the solemn events. She isn’t above stealing a priest’s car when the mood strikes. The unlikely spring/winter pair falls into a romantic relationship that shouts in the face of societal mores. Hollywood’s long-standing convention of older men hooking up with younger women gets flipped on its head in a most delightful.

Cat Stevens's stridently uplifting score adds pop music counterpoint to the film’s dark humor. Optimistic songs such as “Don’t By Shy” and “If You Want to Sing Out, Sing Out” do for the movie what Simon and Garfunkel’s songs did for "The Graduate." Sure it’s a dated trope, but it works perfectly in the context of this fascinating movie.

The down-to-earth chemistry between Bud Court and Ruth Gordon pulls you into their characters' amorous passion regardless of whatever prejudices you might have about the unconventional coupling. “Harold and Maude” has the power to change minds. If there's one anti-authoritarian comedy to fully represent the woof and warp of the early '70s, "Harold and Maude" is it. 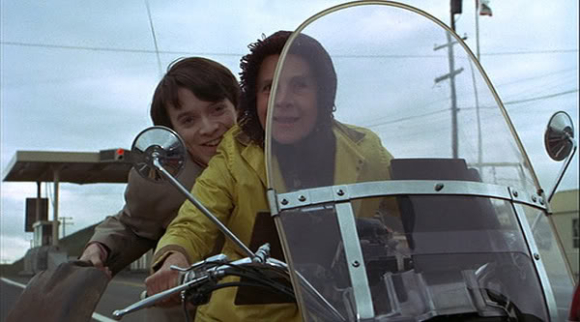