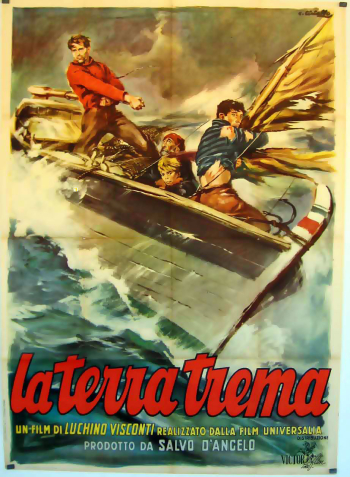 Based on Giovanni Verga's novel, the 1948 neorealist film concentrates on a family of fishermen who attempt to break the economic stranglehold of their capitalist oppressors by starting their own private business. The comparatively well-off family take out a loan to buy their own boat, against the wishes of their impoverished community of fishermen.

As its title presages "La Terra Trema" is an earth-shattering example of [necessarily leftist] neorealist filmmaking that feels as much like a documentary as it does a fictional narrative feature. Visconti leans too much on explanatory narration viewpoints to provide context and exposition, but the filmmaker's use of real Sicilian fishermen as non-actors acting out their daily rituals, harsh circumstances, and deeply ingrained beliefs, is profound. The overall effect of this classic film is an epic  portrait of human dignity caught between the cruelty of the sea and the opportunistic greed of a handful of men. 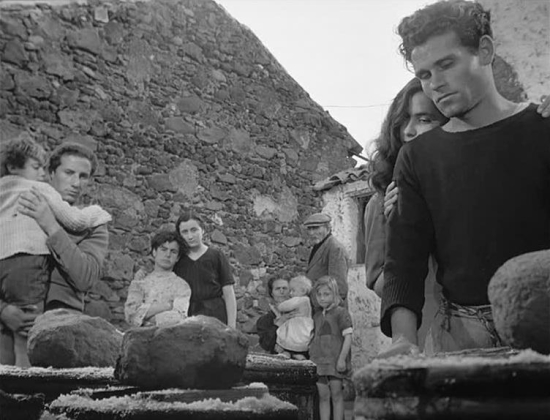 As a portrait of an Italian family's economic collapse at the hands of mother nature and an economically repressive society, "La Terra Trema" exposes fundamental humanitarian conflicts that capitalism breeds. This picture remains as timeless today as when it was made because the story and emotion on the screen is authentic.

Posted by Cole Smithey at 12:17:00 AM in Classic Cinema, Foreign, Italian Cinema, Neo-Realism