ONE FLEW OVER THE CUCKOO'S — CLASSIC FILM PICK 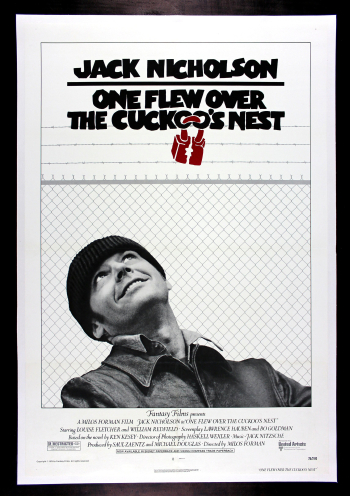 In 1975, Czech filmmaker Milos Forman ("Loves of a Blonde" - 1965) became an overnight celebrity in America thanks to his brilliant film adaptation of Ken Kesey's best-selling 1962 novel of the same name.

The satire is a diabolically anti-authoritarian satire that sits comfortably alongside Phillippe de Broca's 1966 WWII asylum themed "King of Hearts." When Jack Nicholson was chosen to play roustabout mental patient R.P. McMurphy, the actor was already firmly etched in the public mind as a real-life icon of free-thinking, anti-establishment, rebellion thanks to his unforgettable performances in such topical films as "Easy Rider" (1969), "Five Easy Pieces" (1970), "Carnal Knowledge" (1971), "The Last Detail" (1973), and "Chinatown" (1974). 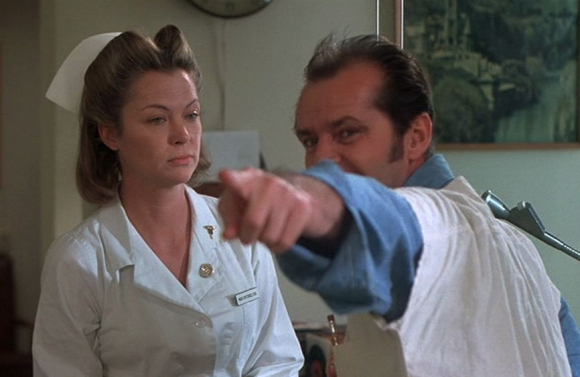 But it's in "Cuckoo's Nest" where Nicholson exhibited a virtuosic ability to juggle infinite layers of social subtext and personal motivation while dancing on a razor's edge of representational acting. Incarcerated for relations with an underage girl, Nicholson's balding McMurphy is a testosterone driven man of the people, who takes his place as a liberator in the florescent lit rooms of a state mental facility overseen by Nurse Ratched (played by Louise Fletcher in an Oscar winning performance), a tightly wound bureaucrat and borderline sadist. McMurphy is attempting to work the system by allowing himself to be transferred from a prison work farm to the softer confines of a mental institution to finish his relatively short sentence.

"One Flew Over the Cuckoo's Nest" is an editorial commentary on the '60s mental institution system, as well as a skewering of American politics and ideologies of social repression. The genius of the film is that you never feel you're being preached at, but rather being allowed a fly-on-the-wall view of a systematic crushing of humanity. That a filmmaker who escaped from communist Czechoslovakia in search of America's promised freedoms made one of the sharpest antiestablishment satires in the history comes as no surprise. What is surprising is that "One Flew Over the Cuckoo's Nest" was recognized at the time of its release, and won five Academy Awards. 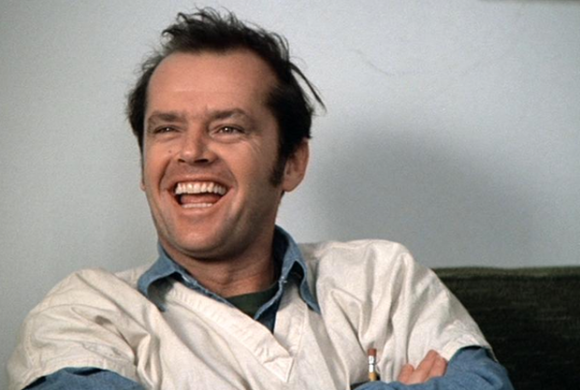