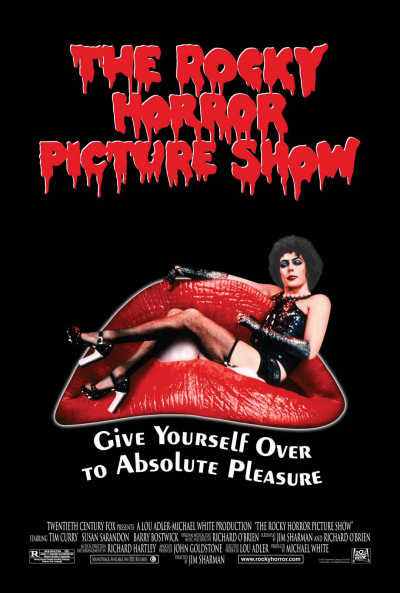 Like the hugely successful B-Movie that inspired it — Harry Novak's 1965 sexploitation classic "Kiss Me Quick!" — "The Rocky Horror Picture Show" is an exploitation musical that draws on a grab bag of social identifiers to expand on conventional hypocrisies with more than just a nudge and a wink. For all of its outre sense of sexual liberation, "Rocky Horror" pays sincere homage to sci-fi movies of the '50s.

Writer/composer/actor Richard O'Brien's 1973 British stage play became a hit, and the play's director Jim Sharman wisely insisted on using its original cast — with the exception of American newcomers Susan Sarandon and Barry Bostwick, when time came to direct the film version in 1975.

Famous as more of a social phenomenon than as a great piece of cinema, I would argue that "The Rocky Horror Picture Show" is both, thanks to its witty dialogue, inspired musical score, and unforgettable camp performances. The cast is having so much fun that you can’t help but be swept up in the spirit of their joy.

As part of the '70s midnight movie craze that coincided with the advent of punk music, "Rocky Horror" attracted a playful young audience that was more than prepared to interact with the film's innuendo-riddled dialogue. Inventing sarcastic dialogue on the spot proved a fun thing to do for those imaginative audiences willing to play the game. 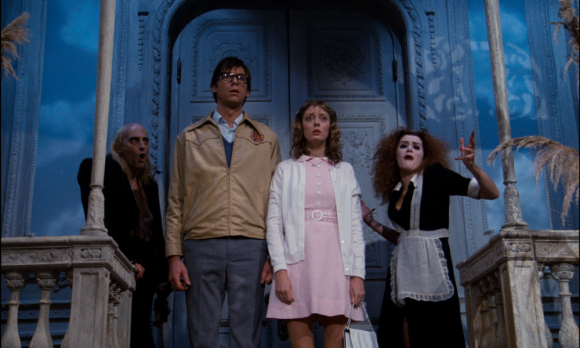 The film’s giddy narrative is a fetish-based story about an alien transvestite from the galaxy of Transylvania — called Dr. Frank N. Furter (played with Mick Jagger-swagger by Tim Curry) — who seduces two stranded newlywed visitors to his castle where the oversexed doctor is busy creating life in the form of a chiseled male named Rocky Horror. Tim Curry rocks out the role with so much smirking confidence that his strangely erotic character is transfixing. In Curry's steady persona, Dr. Frank N. Furter becomes an LGBT icon for all time. Who wouldn’t want to party with Tim Curry’s scantily clad Frank N. Furter?

"The Rocky Horror Picture Show" is a retro movie of crazy excitement that you have to see with an audience skilled in the many retorts to be shouted back at the characters on-screen. "Smells like fish, tastes like chicken, plug your nose and keep on lickin'." You’ll be throwing rice at the wedding and spraying water during the rain sequence. Fun, fun, fun. 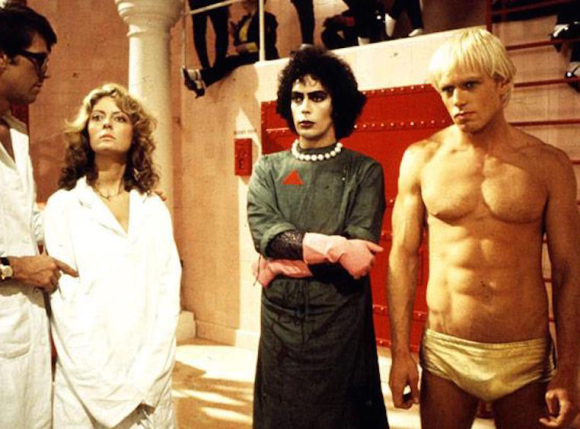