THE WAGES OF FEAR — THE CRITERION COLLECTION 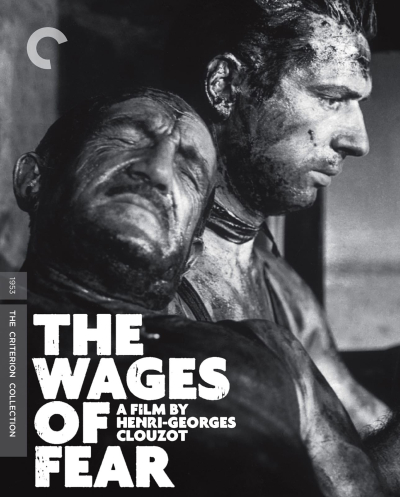 Four destitute men from various map points around the world sell out their driving services for $2000 to an American oil company (named "SOC") to transport two truck- loads of nitroglycerine across 300 miles of treacherous mountain road. Their effort is vital to putting out oil fires raging in a remote region. 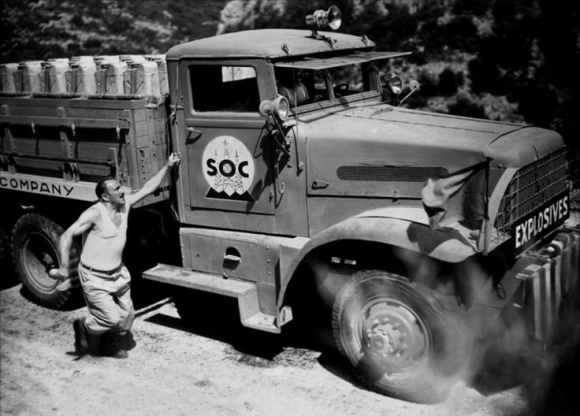 The filmmaker introduces Yves Montands roguish Corsican character Mario with a scene of raw sensuality between Montand and Vera Clouzot (Cluzot's actress wife) as Linda, a cleaning woman who spends the scene scrubbing the floor at Mario's feet. "The Wages of Fear" elevated Yves Montand from the status of beloved French singer to international movie star. Cluzot's meticulous attention to detail extends to things like the 10-dollar bribe that the Parisian Jo (Charles Venal) pays to a local customs official to in the country. 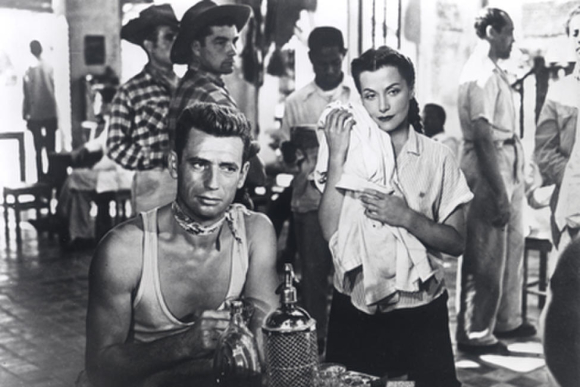 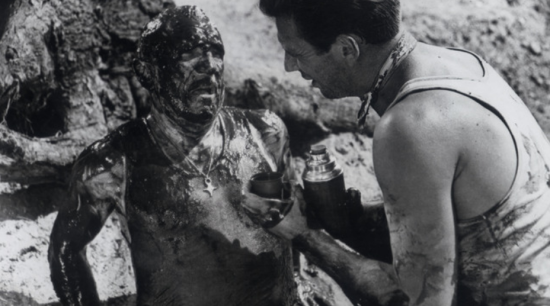 The assemble-the-team plot shifts in the film's second half to an all-out adventure mission fraught with escalating dangers of the road that include giant boulders and a leaking oil spill. Driving trucks the size of small train locomotives the men face terrifying scenarios that compare well with the best CGI effects you've ever seen. 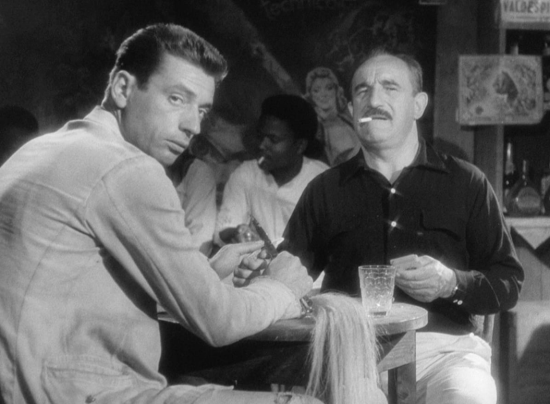 Everything in cinematographer Armand Thirard's neorealist compositions breathe with a rugged vitality. "The Wages of Fear" is as much about the origin of manufactured fear as it is about the folly of courage that feeds on it.