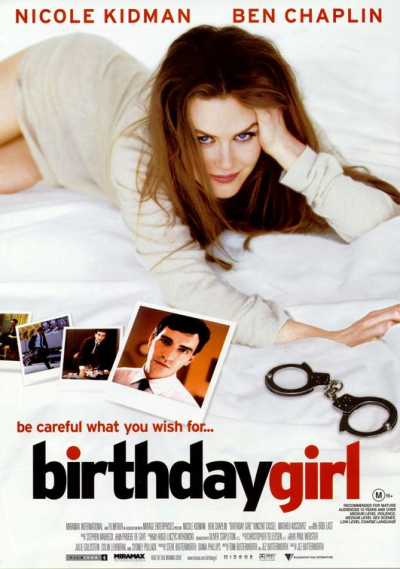 There are enough well layered performances in director/co-writer Jez Butterworth's "Birthday Girl" to all but compensate for the film's inept noir flirtations between romantic farce and theft thriller.

The two genres are like oil and water elements that can't help but negate the other.

Still, there's some cinematic magic to be had for all of its mixed messages. 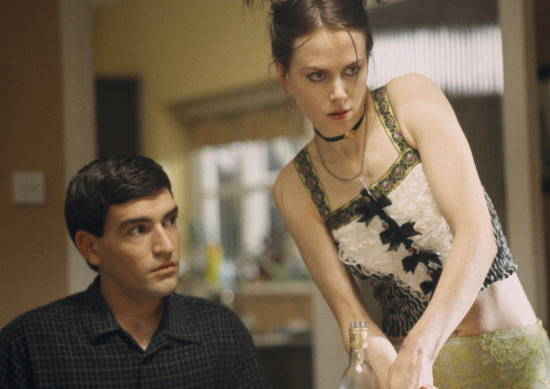 Ben Chaplin plays John, a repressed British banker with a crappy sports car. John has a fetish for bondage pornography when he cures his loneliness by arranging for a Russian mail order bride named Nadia (Nicole Kidman) to come live with him.

But Nadia doesn't speak English, and casts a coldly ironic Eastern European Eurotrash stare across all she sees, even while fulfilling John's every sexual desire a bit too earnestly. 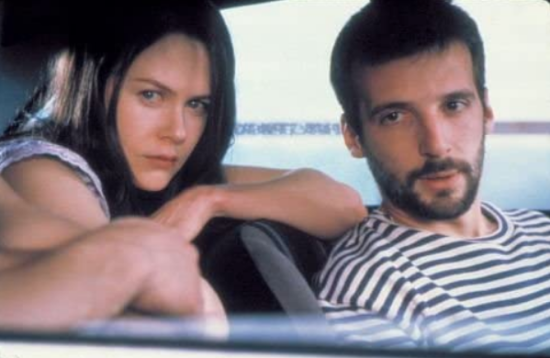 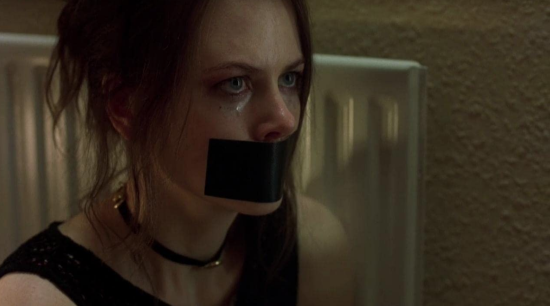 Chaplin, Kidman, and Cassel flesh out their opposing characters with a wealth of physicality and characteristic body language that provides a feisty and unpredictable interplay.