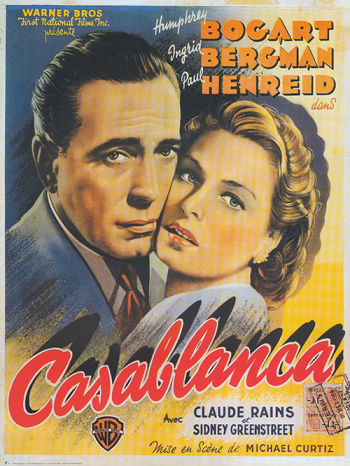 Although it was made in 1942, "Casablanca" remains the greatest and most beloved romantic drama ever made. It’s a status that isn’t likely to change. The obsessive longing and regret that Humphrey Bogart's cynical Rick and Ingrid Bergman's idealistic Ilsa Lund feel for one another is magnified by the relentless wartime social conditions they find themselves in when fate reunites them after many years spent apart.

That the star-crossed lovers share a single night of sensual bliss, as represented in eloquent cinematic conventions of the time, gives the picture its obliquely satisfying hook. They need it, and the audience needs it. Without this unseen carnal recognition, Rick’s sacrifice wouldn’t have the magnitude it does. The couple gets their fix, but they don’t let their unquenchable desire to blind them from the larger realities that surround them. They have made their choices in life and are obligated to stick to them. Nevertheless, they’ll “always have Paris,” where their carefree youthful romance blossomed before the Nazis marched into town. Rick remembers, Ilsa wore blue, “the Germans wore gray.” Talk about poetry. 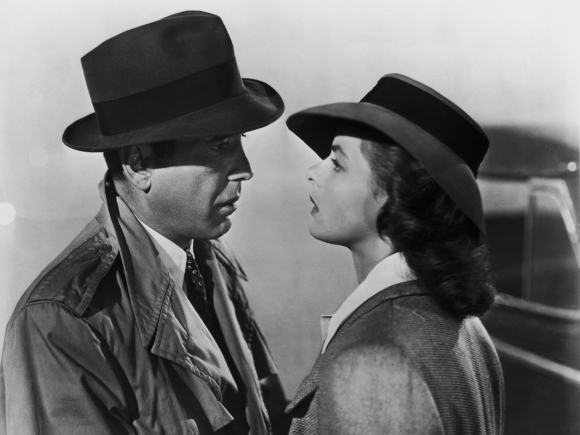 World War II era Casablanca is a dangerous place for Rick Blaine (Bogart), an ex-patriate American running “Rick’s Café American,” a smoke-filled nightclub that serves as a central hub for all strata of criminals, cops, Nazis, and spies to make their connections. Morocco is even more hazardous for Ilsa, the loyal girlfriend of Victor Laszlo (Paul Henreid), a French Resistance Freedom Fighter. Victor needs Ilsa more than he knows in order to carry on with his fierce battle against the Nazis. The alcoholic Rick understands the situation better than anyone, even Ilsa. Rick can always seek solace in songs that his longtime pal Sam (Dooley Wilson) plays on the bar’s piano. Such is the nature of director Michael Curtiz's haunting picture that features out-of-this-world ensemble performances from Peter Lorre, Sydney Greenstreet, and Claude Rains. Lorre’s black-market conman is almost comically diabolical, while Claude Rains’s gay police captain Louis Renault steals every scene he’s in. 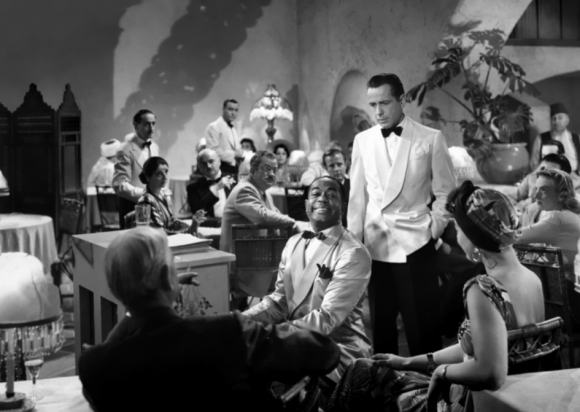 Broken into three clearly defined acts — the script was based on a stage play — and beautifully filmed with noir-inflected shadows by the great cinematographer Arthur Edeson ("The Maltese Falcon"). The witty dialogue is so sharp you could get cut on it.

"Casablanca" has a way of revitalizing itself the more times you view it. Between the heavily layered visual image systems and the crisscrossing elements of social unrest and suppressed emotion, lies a movie that prioritizes romantic desire below humanitarian values. It doesn't hurt that Bogart and Bergman come together like flash paper to flame. Ingrid Bergman’s incomparable beauty fulfills the obsessive nature of the torch that Rick carries for her character. The bitter sweetness of love never looked, or sounded, so good. 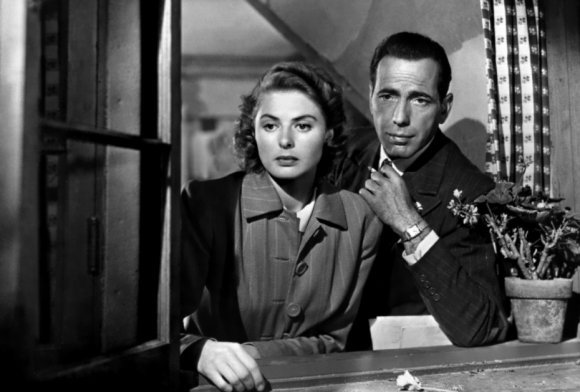