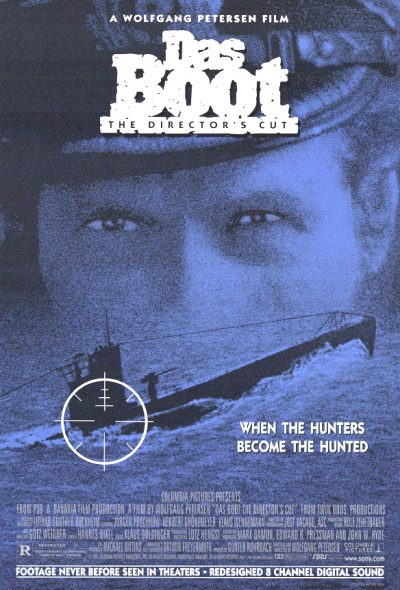 German-born director Wolfgang Petersen might just as well have made only one film in his career because his co-written adaptation of Lothar Buchheim's novel, about the real experiences of a WWII German U-boat crew, is a perfect masterpiece of wartime suspense.

Inside the thick hull of their creaking U-96 submarine, the Captain (Jürgen Prochnow) fearlessly leads his ship through the Battle of the Atlantic. The underwater ship dodges depth charges, braves a fierce storm, narrowly escapes a collision with another sub, and is eventually forced to sit at the bottom of the ocean after being attacked by enemy bombers. And there's more.

This is a survivalist war film in which the brutal conditions of the characters' circumstance blurs the lines between allied or enemy forces. We are with the men inside their giant iron casket. You can't help but go a little mad.

"Das Boot" is absolutely a big screen film that plays better in the German version with English subtitles rather than the dubbed version. It is unlike any other war film in that it confines the audience in a confined submarine where we digest the fear and panic of the human beings on screen. In short, "Das Boot" is a religious cinematic experience. 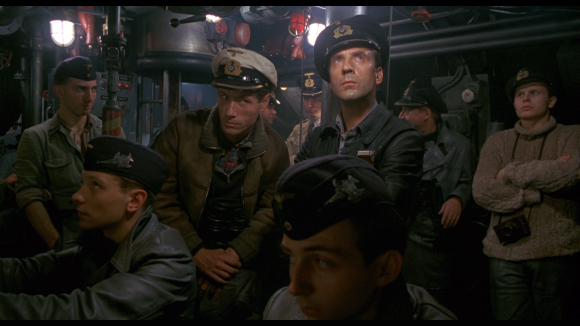