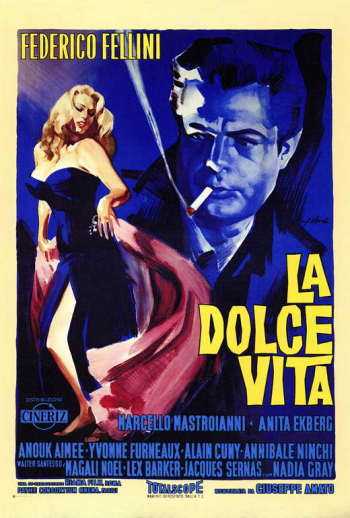 "La Dolce Vita" marked Fellini's break from neorealism and conventional narrative structure. It stands as a defining and incalculably influential moment in cinema. Here is the first wave of the sea-change that ushered in numerous cinematic movements, including a new breed of Hollywood rebels that included Martin Scorsese and Francis Ford Coppola.

Told over a period of seven nights and seven days, the narrative follows suave journalist Marcello (Marcello Mastroianni) as he flits between nightclubs, cafes, press conferences, churches, and beds on an impotent quest for unattainable women.

"The sweet life" is shown as a hollow goal beyond the grasp even of those at its euphoric center. The satire on display is so simultaneously subtle and yet blatant that the movie intoxicates its audience with a heady rush of obsessive lusts. 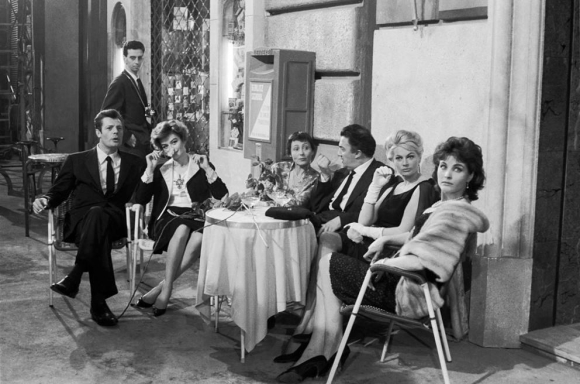