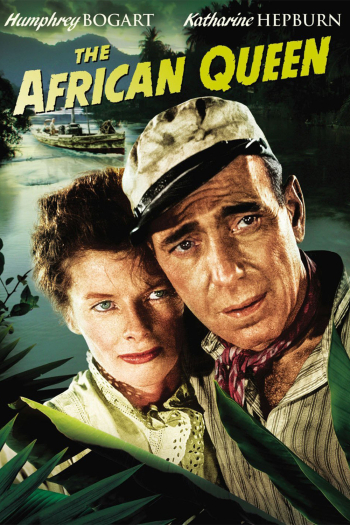 Elsa Lanchester and Charles Laughton were originally slated to play the roles of Rose, an uptight English missionary, and Charlie Allnut, the grizzled riverboat captain who rescues her from certain death at the hand of German soldiers in WWI Africa. Their personalities cut from divergent hardwoods of hickory and oak, Bogart and Hepburn are magnetic. In spite of their horrible conditions attempting to escape down the treacherous Ulanga River (including leeches, rapids, and a boat that barely works), the characters never complain.

Rather, they battle it out as an improbable romantic attraction brews like an inescapable hurricane between. Rose wants Bogart's Mr. Allnut to help her sink a German gunboat called the Empress Louisa. By hook and crook, Rose convinces her subject to play along with her dubious plan.

John Huston directed this Technicolor masterpiece away from the Hollywood studio system. When viewed as an article of independent filmmaking, "The African Queen" is all the more alluring for its treacherous atmosphere and brilliant performances. Bogart and Hepburn are a match made in movie heaven. 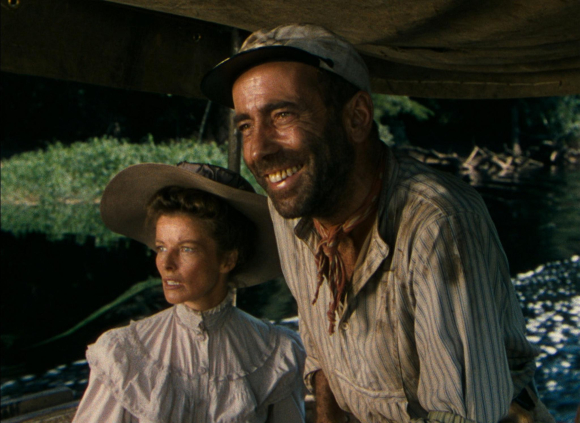