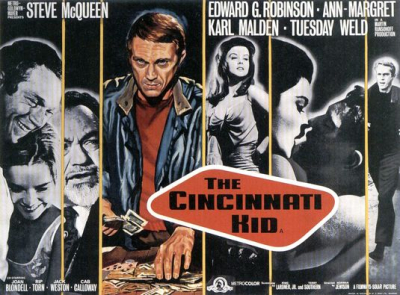 This cinematic treatment of Richard Jessup’s novel, about an up-and-coming ’30s poker champ, benefited from screenwriting contributions by Ring Lardner Jr. ("M*A*S*H") and Terry Southern ("Easy Rider"). However, it’s the film’s stellar cast, along with a gritty narrative and stylized direction, that makes The Cincinnati Kid the best poker movie ever. 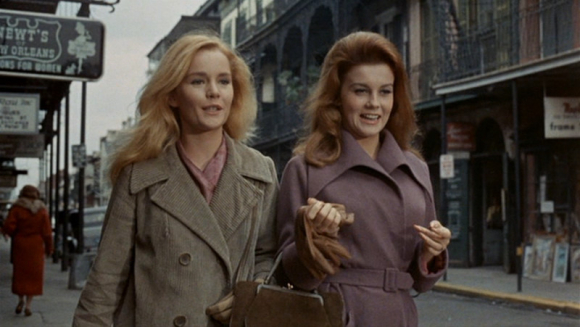 Hotshot poker player Eric Stoner, a.k.a. “The Kid” (unforgettably played by Steve McQueen), goes up against old-guard poker master Lancey Howard, a.k.a. “The Man” (Edward G. Robinson), in a marathon game of five-card stud that will decide if The Man will be replaced. Roguish Rip Torn plays Slade, a spiteful local tycoon with a vested interest in seeing Howard beaten after being “gutted” in a poker game by The Man. 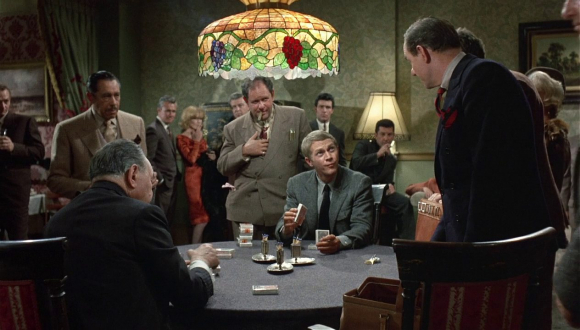 The film’s characters are clearly defined by their actions leading up to the final poker scene so that we comprehend Stoner and Howard as serious poker competitors who view money as a tool to poker as “language is to thought.” When the final hand is played, Stoner has cleverly quelled Slade’s attempt to fix the game in his favor with a cheating dealer (Karl Malden), and has worn Howard down in spite of the Man’s various attempts to psyche him out. 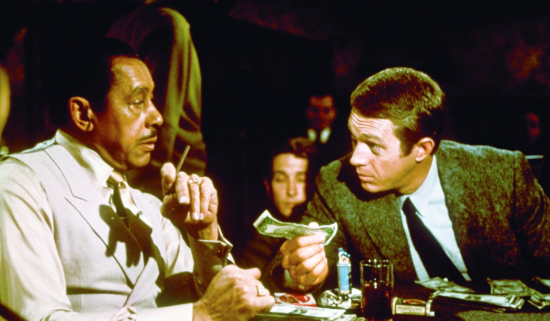 McQueen and Robinson exhibit perfect poker-faced control in the scene as they each go “all in” with the makings of a full house against a straight flush. The big poker lesson here is that “sometimes the cards fuck you.” Neither Hollywood nor poker gets any truer than that.