SALO OR THE 120 DAYS OF SODOM — CLASSIC FILM PICK 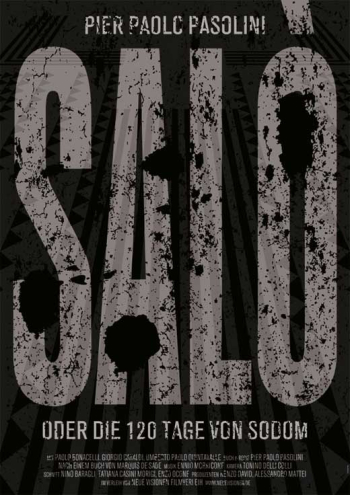 Pier Palo Pasolini's last film was the most ambitious of his career and remains the most misunderstood. Still banned in several countries, "Salò, or the 120 Days of Sodom" (1975) is a haunting journey into the depths of hell on earth, as loosely based on the literary underpinnings of the Marquis de Sade's "120 Days of Sodom." Moreover it is one of the most trenchant satires about corporate dominated capitalist politics ever imagined.

Pasolini, the journeyman poet and editorialist, incorporates the three descending levels of Dante Alighieri's "Inferno" as the format for his treatise. The filmmaker set the story in his Italian hometown of Salo, where his brother was killed during WWII, and where Nazi soldiers once arrested Pasolini himself.

Shockingly graphic yet formally composed, Salò is a fascinating film that employs the full stockpile of Pasolini's polemic and satiric tools. Pasolini forges a poetic commentary on fascism — disguised as consumerist capitalism — as enforced by a complicit group of bourgeois dignitaries looking to enslave and defile a group of young people. 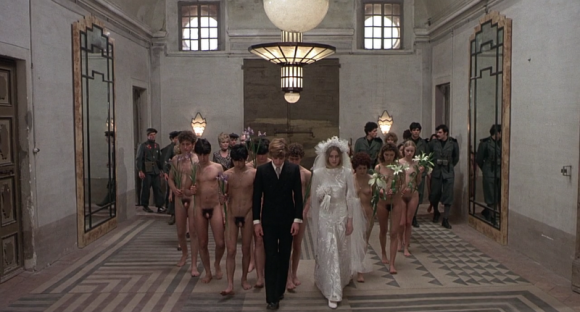 Four wealthy Mussolini fascist libertines prepare for their certain demise before the end of the war by kidnapping nine boys and nine girls, for the purpose of living out their most outlandish sexual fantasies within the confines of a private villa. The men employ the assistance of four experienced courtesans to fire their debauched imaginations with ribald parlor stories that inform the humiliating and brutal sex acts they will execute upon their naked nubile prisoners.

Dramatically feral and artistically fertile, "Salò " is a rigorous movie that dares to use the metaphor of torture as a device of utter physical and psychological annihilation for both the victim and the torturer. It is significant that such an intellectual filmmaker could so dynamically condense thick layers of social commentary into an artistically skeletal form that remains perfectly transparent upon reflection. 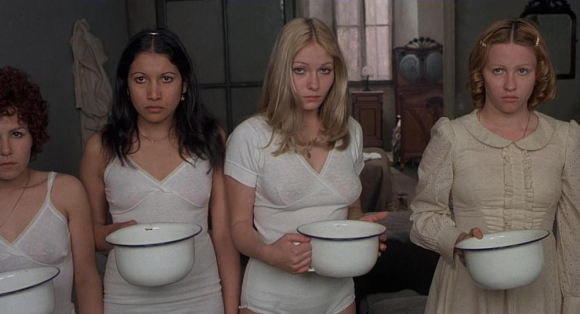 “Salò, or the 120 Days of Sodom” is a film that expands in meaning in the years since its creation to encompass every micro-degree of political and military corruption that history has acutely fulfilled — most recently, at the time of this writing, in the atrocious abuses at Abu Ghraib prison. There is nothing exploitative about "Salo." It is an uncompromising film that demands to be studied with the same degree of scrutiny that corporate, religious, and governmental industries should be subjected to for their enslaving the planet and humanity. To quote Jim Carroll, “This is work, and not play.”