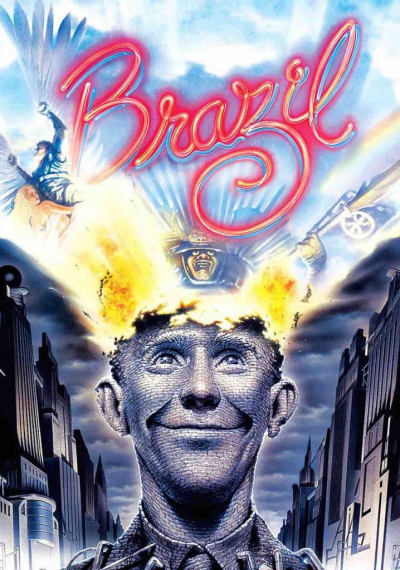 If anyone ever doubts the visionary significance of Terry Gilliam's once bright genius as a filmmaker of enormous depth and sardonic humor, you need only to visit upon his career-topping treasure of surreal satire. Co-written by Gilliam with Charles McKeown and Tom Stoppard, the tale is an ingenious blend of sci-fi, political satire, and dystopic comedy.

Jonathan Pryce gives his own career high performance as Sam Lowry, a Peter Sellers-surrogate searching for the woman of his sleeping-dreams while working as a government bureaucrat drone at a soul-crushing job that resembles something out of George Orwell's 1984. Sam Lowry is an introverted nerd who works a daily grind on a computer terminal. This might not sound like much by modern standards, but “Brazil” was made in 1986 before every man, woman, and child became attached at the eyes to computer screens. We even get a glimpse of the YouTube universe. Sam likes to watch old television shows on his computer. 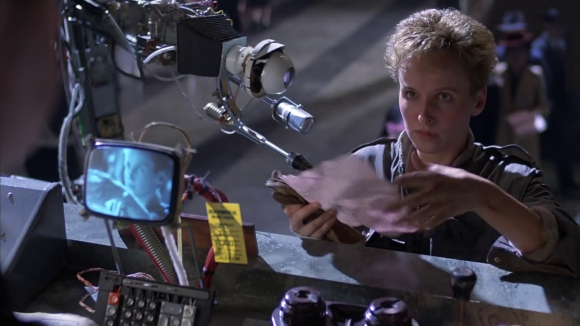 The film is peppered with thematic and visual associations made to Orwell's all-too-accurate vision of a totalitarian society where a government error dooms an innocent man and an equally guiltless woman. Although she's deemed a terrorist by a corrupt and complicit government, Jill Layton (Kim Greist) is the real-life goddess of Sam Lowry's dreams. Getting that girl might be the last thing he ever does. 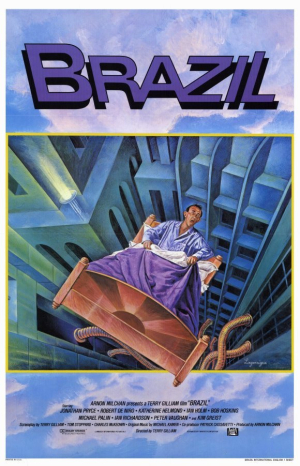 Sam's desperate attempts to liberate Jill from his government’s labyrinthine clutches mark him also as a "terrorist." Gilliam called the film, "the Nineteen Eighty-Four for 1984." It's telling that other working titles for the picture included "The Ministry" and "1984 ½." Gilliam sparks a ferocious anti-consumerist flame with prescient pokes at things like plastic surgery and credit cards. Robert De Niro’s rogue industrial repairman dares to repair things that the State would rather keep broken. As we know from the US Government’s global war rubber-stamp-strategy of wrecking cultures so it can sell contracts back to itself to fix what it has broken; there’s no end to the madness.

However, the film's most incendiary theme is that of the media-hyped concept of "terrorism," which has since gone on to become an all-encompassing excuse for every form of civil disobedience imaginable after the suspicious attacks on New York City’s World Trade Towers on 9/11 [2001]. The generic vilifying term provides a thought-control fear mechanism for governments to enact carte blanche policies via an invisible (read non-existent) enemy. By the standards of America's unwritten moral code, circa 2009, "Brazil" is a dangerous film. Watch it. 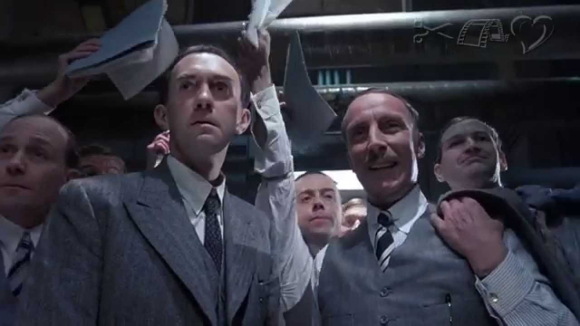