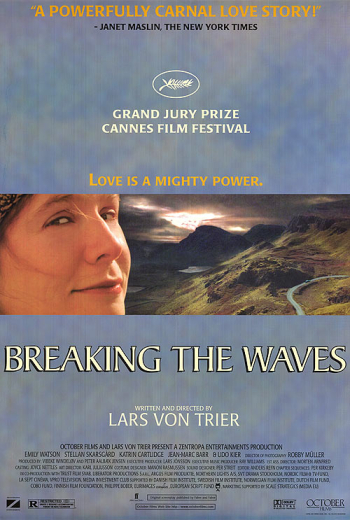 Made shortly after Lars von Trier — he added the "von" himself — co-authored with Thomas Vinterberg the strident "Dogma 95 Manifesto" for low-budget filmmaking, "Breaking the Waves" arrived with a clarity of vision and social urgency that was an assault on the senses and the intellect. The idea behind the admittedly avant-garde principles of Dogma 95 was to strip filmmaking down to its barest elements without the distractions of special effects or a dependency on set design, lighting, or hackneyed tropes such as weapons to tell a filmic story.

Although von Trier eventually abandoned the movement he helped create, time has not blunted the ability of “Breaking the Waves” to provoke its viewer in a myriad of ways. 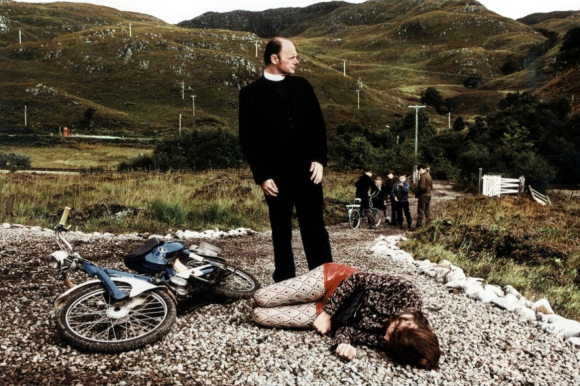 The filmmaker’s rough and tumble approach is supported by cinematographer Robby Muller’s documentary shooting style that favors intimate close-ups to reveal the characters’ inner emotional lives. Muller captures Scotland’s rugged atmosphere as a supporting character to the Shakespearian tragedy on hand. Indeed, the story feels like something the Bard himself might have written. His inspiration is all over the film.

Although fiercely criticized for its shaky hand-held camerawork, which gives the picture an ungrounded feeling of floating on roiling waves, the romantically charged story crashes and builds in increasingly momentous crescendos. 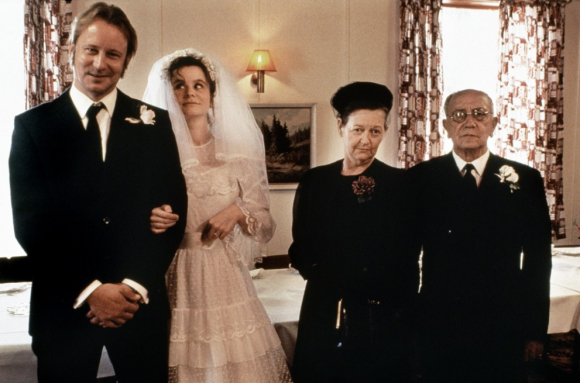 In the role that introduced her to American audiences Emily Watson plays Bess McNeill, a virginal simple-minded Scottish Calvinist churchgoer who marries Jan Nyman (Stellan Skarsgård), an oilrig worker. She carries the traumatic scars of a nervous breakdown she sufferd after her brother’s death. Bess is a dyed-in-the-wool believer. To Bess, it was God that blessed her with the gift of love, and the carnal satisfaction that comes with matrimony. Shortly after their wedded union Jan suffers a terrible accident on the oilrig that leaves him paralyzed. When Jan asks Bess to go out and have sex with other men and report back to him her experiences, she takes Jan’s wishes beyond the realm of common sense. Her innocently skewed interpretation of doing God's work through carnal activities leads her on a dangerous path of humiliation and soul-crushing degradation.

Emily Watson’s angelic performance is transformative, cathartic, and brutally painful. Here is a film that makes you feel like you've read the novel, seen the movie, and lived the life of a more empathetic protagonist than any you've ever encountered. You might need a stiff drink afterward, though. 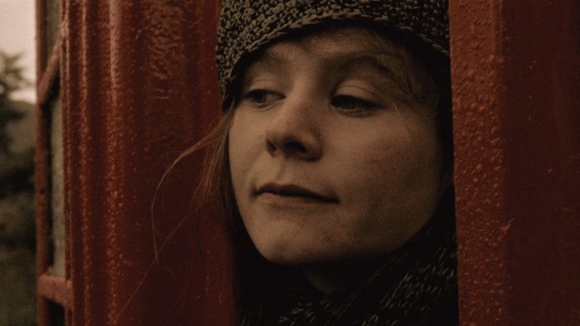