« The Blue Tooth Virgin | Main | As Seen Through These Eyes » 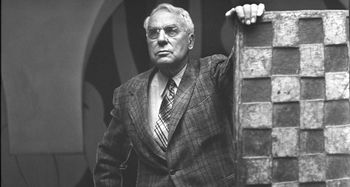 A history and art lesson in one, Don Argott's engrossing documentary is an in-depth exploration of an ongoing political scheme for the city of Philadelphia to inherit the precious art (valued at over 15 billion dollars) owned and housed by the Barnes Foundation in Lower Merion, five miles from downtown Philadelphia. The film lays out Barnes's rags-to-riches story as a poor Philadelphia kid, born in 1922, who studied medicine and went on to amass the most impressive private art collection in the country. At his foundation, Barnes displayed his 181 Renoirs, 69 Cezannes, 59 Matisses, 46 Picassos, 16 Modiglianis, and seven van Goghs for the primary purpose of providing a teaching ground for art students, but also to provide an personalized museum experience for the common man to appreciate. Political intrigue and money wrangling give way to full blown scandal as key players like the Pew Foundation resemble greedy corporate raiders using court rulings like ninja stars to defeat their already weakened opponent---in this case the museum's skeleton crew foundation board. Here is a clear-eyed look into a white-collar crime against culture being committed at the time of this writing. The good news is that the Barnes is still in operation through 2010 for hearty art fans to go see for themselves.
Not Rated 101 mins. (A-) (Four Stars)

Listed below are links to weblogs that reference The Art of the Steal (at the 47 New York Film Festival):