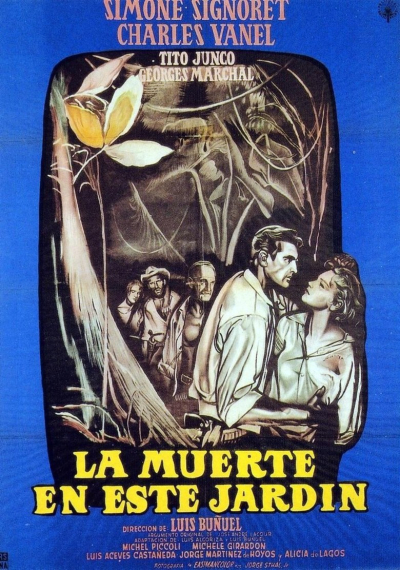 Luis Buñuels' rarely seen "Death In The Garden" is a survivalist suspense film with subtle dose of political and religious commentary.

Arriving two years on the heels of Henri-Georges Clouzot's similarly themed "Wages of Fear," Buñuel even recasts Charles Vanel in a role not far removed from the doomed character he played in Clouzot's masterpiece.

The film announces its leftist stance when a group of diamond miners in an unnamed South American country have their operation shut down by the local military, acting in concert with corporate and religious machinations. 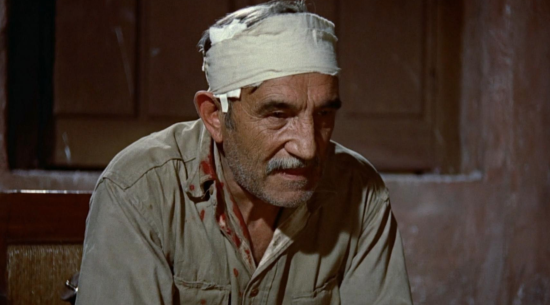 Vanel plays Castin, an aging miner whose presence during a bloody battle with soldiers puts a $5000 price on his head. Castin's situation is all the more dire because he needs to care for his mute daughter Maria (Michele Girardon). 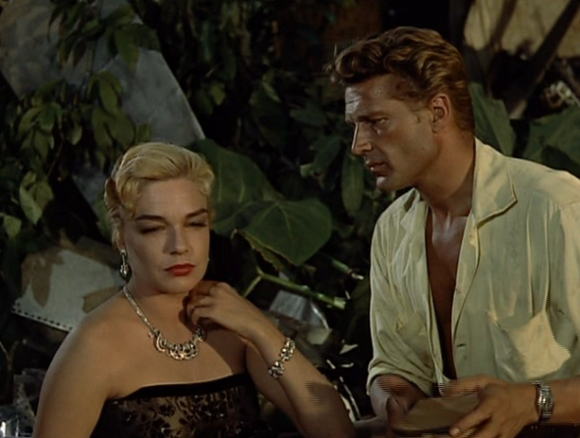 With the help of Father Lizardi (Michel Piccoli) and Djin (Simone Signoret), an opportunist prostitute, Castin and Maria escape onto a boat in the middle of the night, only to be joined by a dastardly roustabout named Shark (Georges Marchal) who also has a reward attached to his body. With their would-be captors in hot pursuit, the group go ashore into a thick jungle where their personal agendas clash with Mother nature. It's clear that a rushed shooting schedule cost the film some crucial scenes that would have spelled out a key character's collapse into insanity. Still, Buñuel manages to squeeze in an especially apt surreal metaphor involving a snake in the jungle.

The Spanish filmmaker goes one better with the broken phallic symbol of a crashed airplane as a symbol of capitalism's corrupt value system. 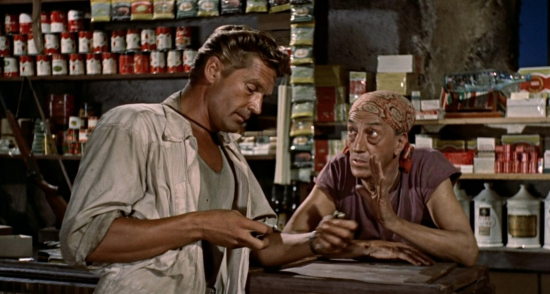 "Death in the Garden" is not going to be everyone's cup of tea. However, fans of Luis Buñuel will find much to admire in this overlooked gem.