THE HONEYMOON KILLERS — THE CRITERION COLLECTION 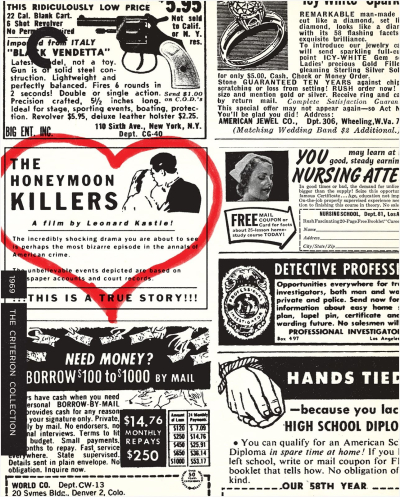 “Ray kissed them, Martha killed them. They turned a Lonely Hearts Club into a slaughterhouse.”

The salacious tagline for “The Honeymoon Killers” was a tabloid-styled ad almost as incendiary as the 1983 New York Post headline “Headless Body In Topless Bar.”

The film’s original title (“Dear Martha”) was far too pedestrian for writer/director Leonard Kastle’s roasting of Americana values, tortured attitudes regarding sexual expression, and nostalgia-riddled romanticism of the masses. Check out the scene where Ray’s new bride belts out “America the Beautiful” from a bubble bath while Ray and Martha empty her purse in the next room. The filmmakers are merciless with a roiling subtext of satirical statements and deadpan counterpoint.

Never mind that Kastle and producer Warren Steibel fired Martin Scorsese as the film’s original director after 10 days because Scorsese seemed to spin wheels. Nonetheless, a couple of sequences that Scorsese directed remain in the film. Opposites attract. Martha is a zaftig woman with lust, greed, and jealousy in her heart. Ray is a handsome, suave Rudolph Valentino-inspired con man. Between his Latin accent and always-polite demeanor, Ray makes every woman he meets feel like the only woman in the world. The partners-in-crime pose as siblings while Ray conducts marriage proposals with unsuspecting widows who the couple eventually kill in order to steal the women’s life savings and life insurance. Naturally, things get complicated, messy, and nasty. Made in 1969, "The Honeymoon Killers" presaged elements of David Lynch's filmic approach, and clearly informed John McNaughton's similarly-themed stomach-churner film "Henry: Portrait of a Serial Killer." Romantic dysfunction never looked so banal, brutal, and ugly as it does here. Kastle’s dry documentary style is as inspired by Cassavetes (“Faces”) as it is by Frederick Wiseman's films (see “Titicut Follies”). The real Martha Beck and Ray Fernandez were executed by electrocution on March 8, 1951. 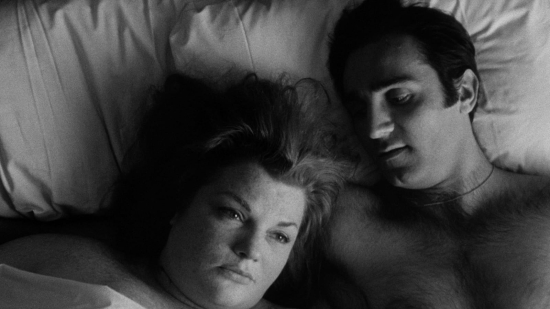 This is a raw crime drama exploitation movie that compares favorably to Richard Brook’s adaptation of Truman Capote’s “Cold Blood” (1967). Kastle employs a similar docu-styled editorial approach to the narrative and to its noir filmic compositions. The filmmaker allows social subtext of ‘40s era America to bubble up. When she's fired from her nursing position, it gives Martha opportunity to take the moral high-ground to authority; she indignantly announces her recent marriage like a diva in full bloom.