ACE IN THE HOLE — THE CRITERION COLLECTION 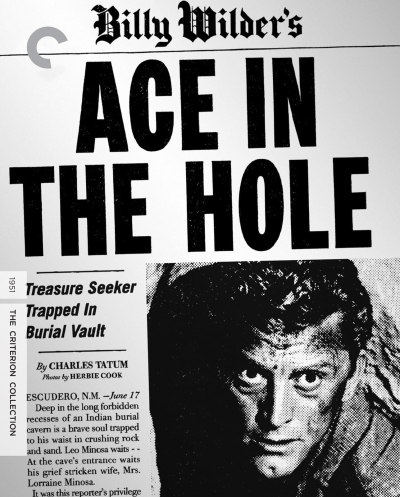 After a string of successes, which included "Double Indemnity" (1944) and "Sunset Boulevard" (1950), Billy Wilder defied Hollywood expectations with a scathing indictment of the American media that still stings today.

An impassioned critic of American culture, Wilder based his story on a 1925 media circus that counted its profits in blood money.

A nervous nation followed the trials of spelunker Floyd Collins, trapped in a vast cave in a Kentucky mountain. Collins died, but unorthodox reporter William Burke Miller won the Pulitzer Prize for his eager coverage of the story. 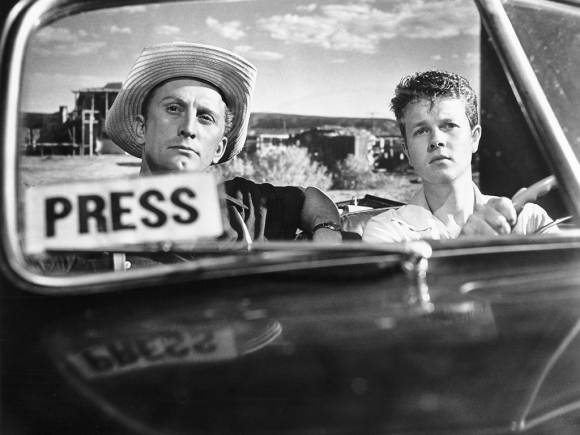 In “Ace in the Hole,” washed-up bad-apple New York newspaperman Charles Tatum (mercilessly played by Kurt Douglas) has been reduced to working for a small paper in Albuquerque.

He’s a big fish in a small pond. Charles chomps at the bit for a return to his bygone glory days. Then he stumbles upon the plight of Leo Minosa (Richard Benedict), an unlucky soul who has gotten stuck at the bottom of an ancient Indian burial cave. Dollar signs float in front of Tatum's eyes as he quietly manipulates the story to boost his flagging career. Charles is not much for ethics. 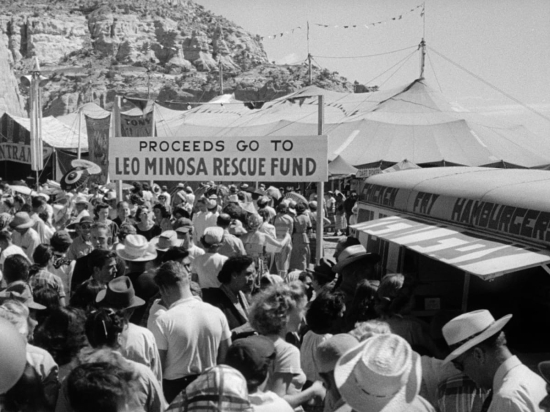 Originally released as "The Big Carnival," Wilder's film-noir vision flaunted cinema conventions with an American anti-hero who many audiences couldn’t see the character for what a vicious rapscallion he is. 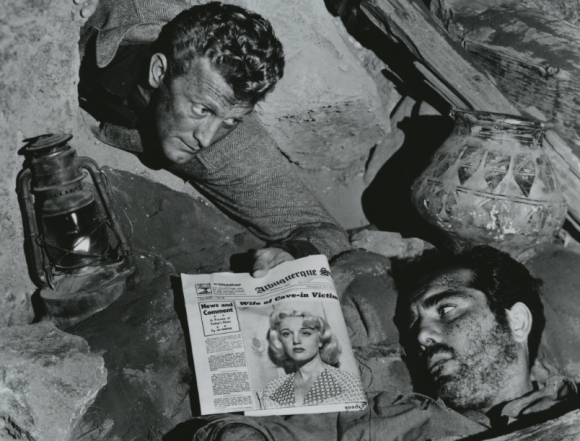 Kurt Douglas seethes with desperation and a contemptuous rejection of humanity. The portrayal is repulsive as it is mesmerizing. The dirty newspaperman plays his "ace in the hole" when he cooks up a vile scheme with an election-hungry sheriff (Ray Teal) to milk Minosa's story for "seven days" by having a rescue team drill into the mountain from the top instead of going in as quickly as possible from the point of entry.

Jan Sterling plays the trapped miner's feckless wife, a vile femme fatal who happily goes along with Tatum's dubious scheme just for the hell of it. 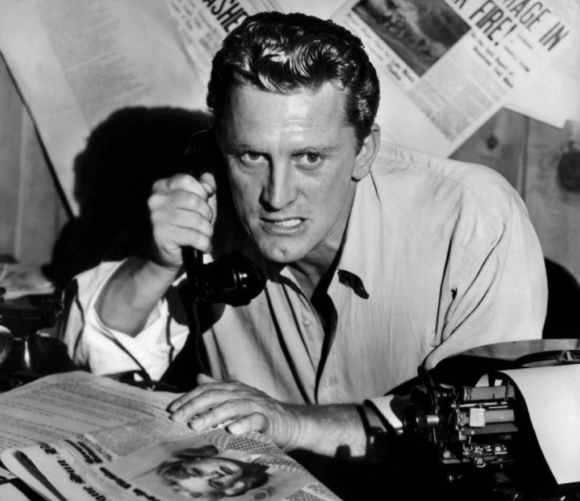 Although not a traditional noir, "Ace in the Hole" (1951) stakes its claim in the genre by building a gathering storm of crass opportunism via a capitalist wormhole whose gray shades of corruption paint nearly every frame of the film’s composition. 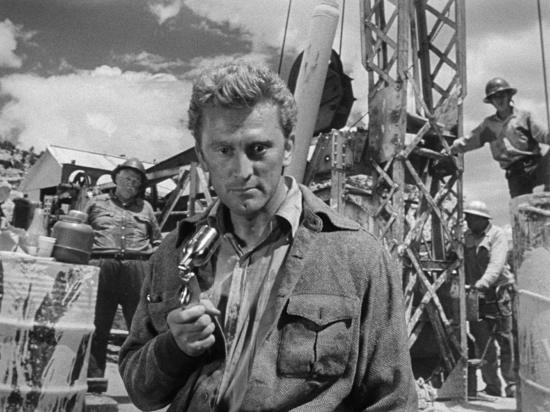 The noir silhouettes on display come from the claustrophobic interiors of Leo Minosa’s cramped mountain coffin. Meanwhile, the world outside celebrates Leo’s plight, forgetting that a human life hangs in the balance. As thousands gather outside in a giant party atmosphere, the cold insensitive masses belie their commercially charged sense of community and personal greed.

Posted by Cole Smithey at 02:40:29 AM in Criterion Collection, Noir, Social Satire