At 9 pm on Saturday, May 27th of 2006, in the Salle Luis Buñuel screening room of the Cannes Palais des Festivals, I saw Giovanni Pastrone's 1914 historical epic masterpiece "Cabiria," as presented by Martin Scorsese, in all its fully restored glory.

It was an experience I'll never forget.

Onstage, a pianist dressed in a black tuxedo played classical musical accompaniment to the 180-minute otherwise silent film, set during the Punic Wars of the third century B.C. when a young girl named Cabiria is kidnapped with her nurse while Mount Etna erupts in the background. 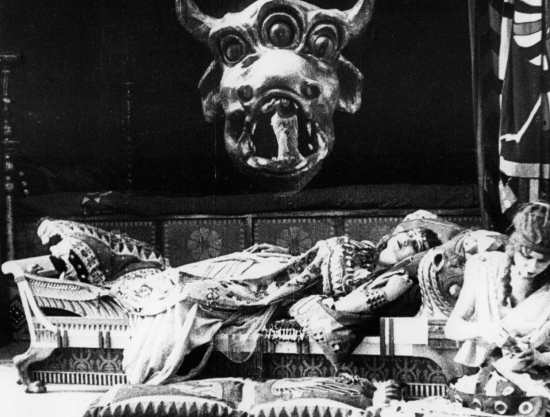 Such grand spectacle had never before been witnessed by movie audiences until 1914. Sold off to be sacrificed at the temple of Moloch, Cabiria's only hope for rescue lies in the hands of Fulvio Axilla (Umberto Mozzato), a Roman spy, and his muscle-bound slave Maciste (Bartolomeo Pagano). To watch Pastrone's seminal film is to understand how the Italian violinist-turned-filmmaker invented grand spectacle cinema with the use of enormous scale and a long running time — it was the first film to be over three-hours long. 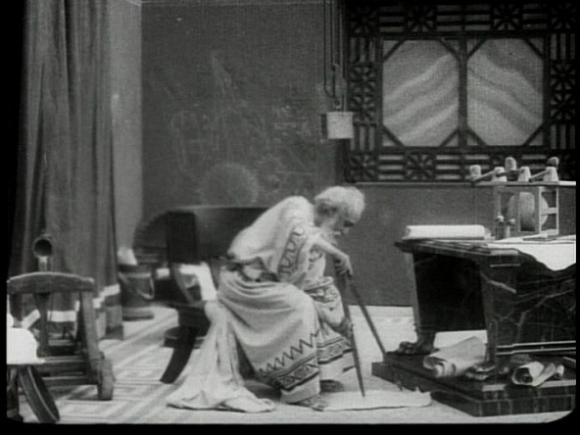 For "Cabiria," Pastrone pioneered the use of deep-focus filming and the since ubiquitous "tracking-shot" — two years before D.W. Griffith's "Birth of a Nation" would employ similar techniques. There isn't much in a modern director like James Cameron's bag of hi-tech tricks that can take your breath away the way "Cabiria" does. The exotic drama, suspense, and daring stunts on display in Pastrone's film of "12,000 shots" is every bit, if not more effective, than that of modern filmmakers whose use of green-screen CGI technology is more frequently used as a crutch than as a meaningful storytelling device. 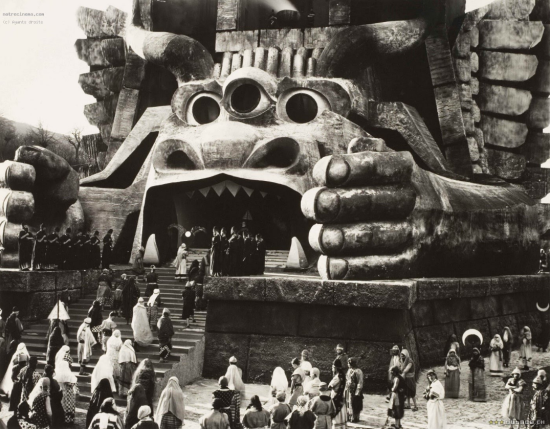 "Cabiria" sits comfortably alongside such grand scale silent films as Sergei Eisenstein's "The Battleship Potemkin" (1925), Fritz Lang's "Metropolis" (1927), and Abel Gance's "Napoleon" (1925). If you ever have an opportunity to view any of these great films in their restored state, don't hesitate to witness the creation of cinema's rich vernacular at its source. “Cabiria” is one of the most exciting films ever made, even to this day.