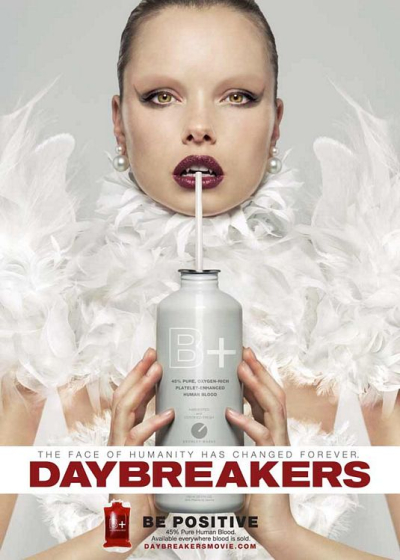 Sibling Australian filmmakers Michael and Peter Spierig flip the teen-friendly vampire trend on its mushy head with a sci-fi take on a world run by greedy bloodsuckers. 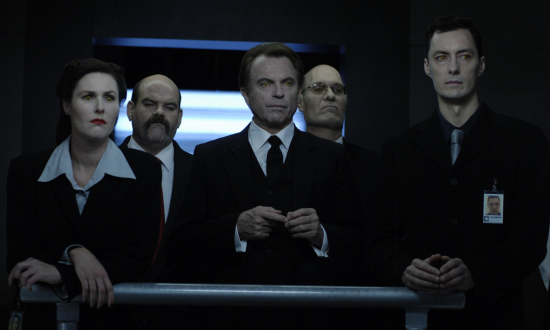 Hematologist vampire Edward Dalton (Ethan Hawke) is working on a vampire cure. Naturally — or preternaturally — Bromley and his armed minions want to stop him at all cost, even though they face extinction. 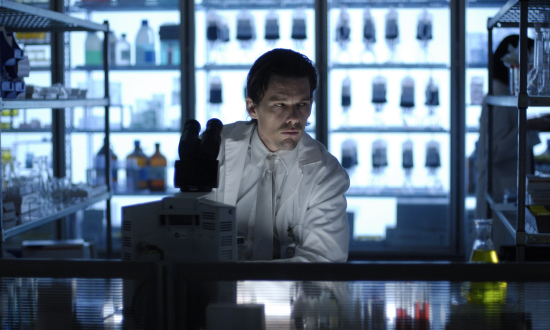 The satirical parallel between blood and oil is obvious as war breaks out between the vampires and a group of survivalist humans led by Willem Dafoe in full badass mode. 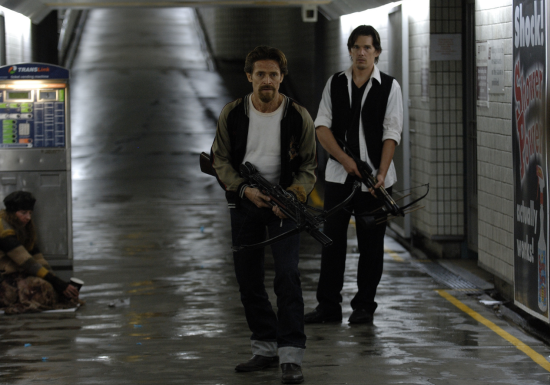 The pacing misses a few beats and the satire never pops, but "Daybreakers" arrives as a welcome retort to the bubblegum vampire genre.