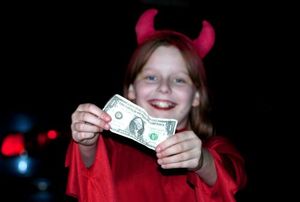 A devastating documentary portrait of its filmmaker Donal Mosher's family living in the culture vacuum of Mohawk Valley, New York, "October Country" is an essential social document of American reality. Co-written, directed, and produced with Michael Palmieri, Donal Mosher keeps his sibling place out of the conversation with his tragically dysfunctional family. A number of the Mosher clan live as neighbors in the economically depressed town where melancholy is the only taste in anyone's mouth. Dottie is the matriarch who speaks her personal truth with the idea that "family is everything." Tough-girl Daneal has a baby daughter named Ruby, and a romantic proclivity for men who can take and dish out physical abuse. Dottie's granddaughter Donna has a precocious nine-year-old daughter named Desi whose intelligence and wit gives promise to the  suburban dead-end that surrounds her. Dottie's Viet Nam vet husband Don is an emotionally shut-down victim of war whose sister Denise lives in a fantasy world as a witch. Inventively edited, and embellished with layers of artistic visual layers, "October Country" encapsulates a cross-section of deep-seeded social problems propagated in hundreds of other towns across America.

Listed below are links to weblogs that reference October Country: