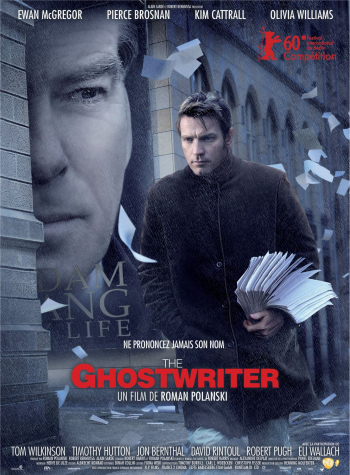 It's a big deal when Martin Scorsese and Roman Polanski release mystery thrillers in the same week. Coincidentally, "Shutter Island" and "The Ghost Writer" are both set on islands and both begin with the arrival of a boat coming directly into the frame. "The Ghost Writer" draws the short straw against Scorsese's stronger effort, but that's not to say Polanski has lost his touch. Co-written by Polanski with political journalist Robert Harris, upon whose novel the film is based, "The Ghost Writer" is full of plot holes yet still entices.

Ewan McGregor plays an unnamed English writer who takes up a surprisingly dangerous job, as a ghostwriter/autobiographer for Adam Lang (Pierce Brosnan), a former British prime minister accused of war crimes. Following the mysterious drowning death of his literary predecessor, McGregor's ghostwriter sets up temporary shop in his publisher's American bunker-styled beachfront home, which Lang shares with his wife Ruth (Olivia Williams) and his mistress-assistant Amelia (Kim Cattrall). Leaked information about Lang's involvement in the "extraordinary rendition" of terror suspects forces Lang to take off on a United States PR tour to stanch his public bleeding in the media. Meanwhile, the ghostwriter digs deeper into Lang's past, where disturbing secrets lie waiting. 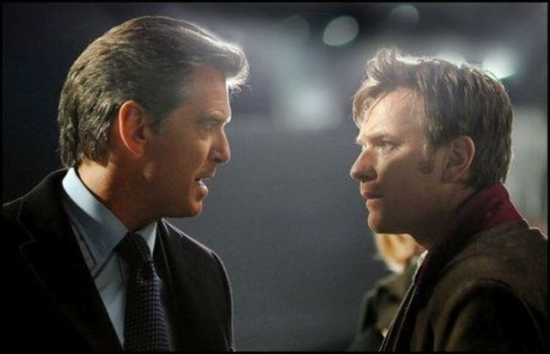 Despite Robert Harris's personal experience as a journalist once close to Tony Blair, upon whom Adam Lang is clearly modeled, the screenwriter fails to sufficiently ignite explosive plot points for Polanski to examine under his camera's steady gaze. At best, "The Ghost Writer" is a minor chamber piece in Roman Polanski's otherwise hefty canon of films.

Posted by Cole Smithey at 02:07:31 AM in Political Thriller