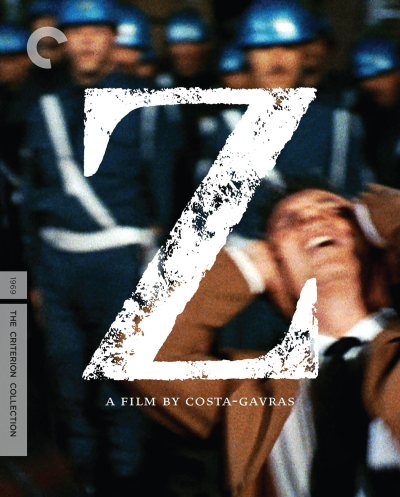 In 1969, the Greek-French filmmaker Costa-Gavras adapted Vassilis Vassilikos's fictionalized novel about the 1963 political assassination of Greek leftist political leader Gregoris Lambrakis, and the coup that followed, into a white-hot political thriller.

The brilliantly stylized activist picture established a new watermark for social realist filmmaking at a time when rebellious young filmmakers were looking for deeper cinematic truths. 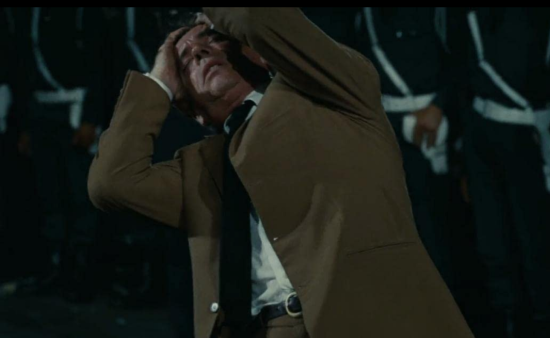 Drawing on lessons learned from French filmmaking heavyweights Rene Clair, Jean Becker, and Jacques Demy, with whom Costa-Gavras studied under at the IDHEC (Institute des Hautes Etudes Cinématographiques) in Paris, he developed an agitprop formula for “Z” that is as electrifying as it is filled with narrative substance. 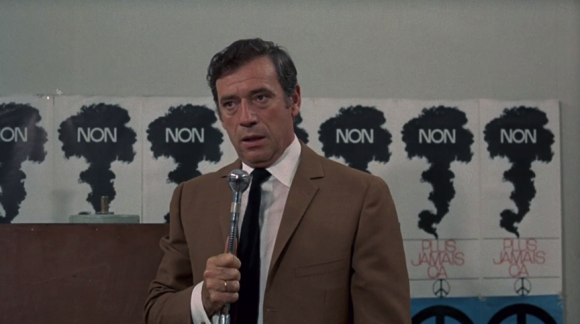 Unfolding action coincides over the opening credits as Costa-Gavras’s ever-mobile camera eavesdrops on a speech by a right-wing military general to a lecture-hall attended by other military officers and French civil servants. Close-up images of foreheads, squinting eyes, and severe expressions greet the general’s urgent message regarding an “ideological [leftist] mildew threatening our country,” for which “preventive action” must be taken. We are thrown into a political strategy designed to divide and conquer. The language and context is one of conspiracy. 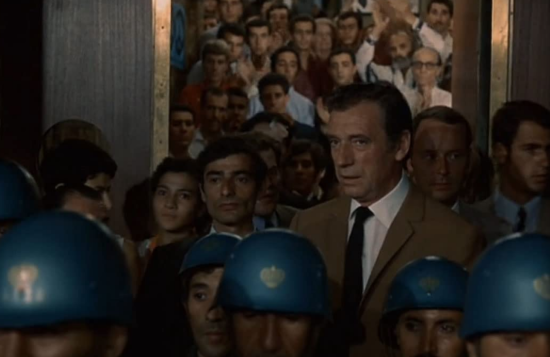 Following in the recent footsteps of activist filmmakers, including Francesco Rosi (“Salvatore Giuliano”) and Gillo Pontecorvo (“The Battle of Algiers”), Costa-Gavras opens his defiantly leftist film with the caveat: "Any similarity to real persons and events is not coincidental, it is intentional." Such direct political engagement with the audience by a filmmaker remains a rare event, but is in keeping with Costa-Gavras’s dedication to politically charged dramas. 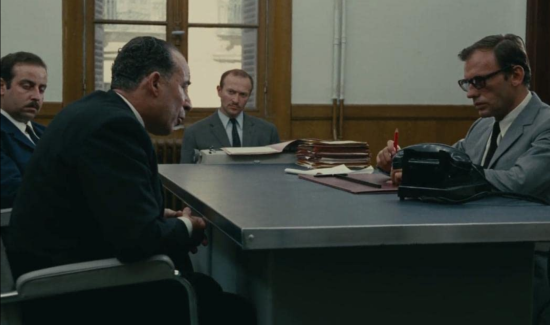 Yves Montand plays Z, a doomed deputy soon to be assassinated by a cabal of hired goons with the tacit consent of police officers who stand idly by allowing the murder to occur. Underscored with a non-traditional soundscape, the film’s centerpiece assassination sequence is a pure movement of cinematic potential. 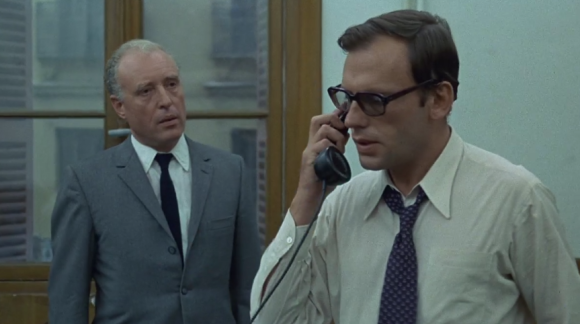 Enter Jean Louis Trintignant as the examining magistrate who, aided by pictures provided by a local photojournalist (Jacques Perrin), interviews the right-wing murderers and the military officials who sanctioned the crime. An ugly web of corruption comes painfully into view. Trintignant’s ethically responsible prosecutor acts to bring those responsible for the diabolical murder, to justice. 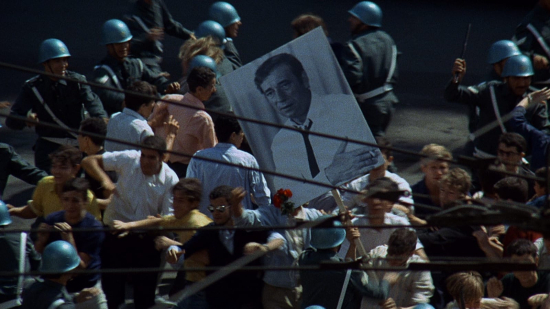 Deploying quick cutting, a delicate use of flashback sequences, and an urgent vérité style, Gavras captures a hard line of rebellious insubordination that was ultimately defeated by the more deadly methods of rightist colonists.

Arriving at the end of a decade that witnessed the murders of John F. Kennedy, Malcolm X, and Dr. Martin Luther King, "Z" hit cinemas as a shockingly skeptical view of a corrupt manipulation of military and political power that citizens of the world now take for granted as standard operating procedure for capitalist imperialism. There's a white heat to the outrage that "Z" conveys about the fractured state of societal collapse. ”Z” bluntly and stylistically depicts the impotence of truth as a weapon against authoritarian injustice. It is notable that “Z” was nominated for both the Academy Award for Best Foreign Language Film as well as for Best Picture.

Posted by Cole Smithey at 01:11:23 AM in Criterion Collection, Political Thriller