« Alice in Wonderland | Main | Harlan: In the Shadow of the Jew Suss »

Mary Shelley wrote her legendary Gothic novel "Frankenstein: The Modern Prometheus" to make good on a wager she made with the poet Lord Byron, while spending the summer of 1816 at his Swiss villa with her husband Percy. Her mission was to scare the hell out of the reader. Indeed, she won the bet.

Informed by the industrial revolution and scientific experiments of her day, Shelley drew upon the myth of Prometheus, and various literary sources, to create a shocking horror story that later became the template for the "mad scientist" sub-genre.

Shelley's dynamic tale of horror has been interpreted through comedies, science fiction, horror, and dramas of every stripe. 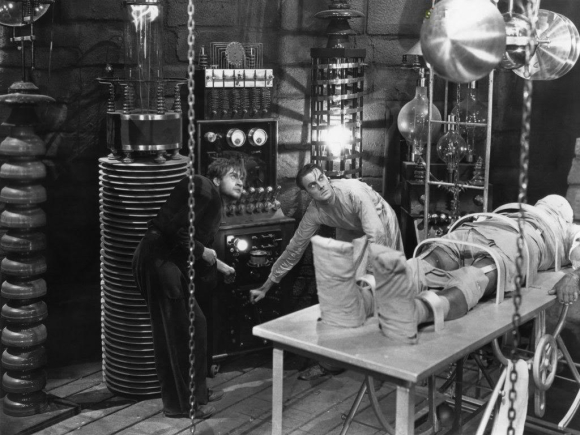 In 1931, theater-turned-film-director James Whale made his universally admired film version of Sheley’s outlandish story. It was Whale’s second film, arriving on the heels of his debut picture “Waterloo Bridge.” Whale’s “Frankenstein” differed considerably from Shelley's novel in that it dealt specifically with the life-infusing process that the director’s considerably more deranged Dr. Frankenstein (brilliantly played by Colin Clive) implements to bring his monster to life. Colin Clive’s hyperkinetic portrayal of the crazed egomaniacal doctor sits in stark contrast to Karloff’s innocent but deadly monster.

Whale had previously directed Clive on the London stage in a production of “Journey’s End.” Their working relationship allowed for a dynamic energy and sense of artistic liberation on the set. 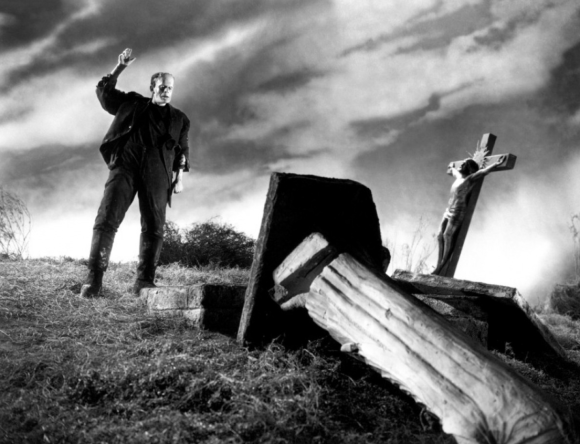 The movie instilled a new level of cinematic anxiety for ’31 era America. 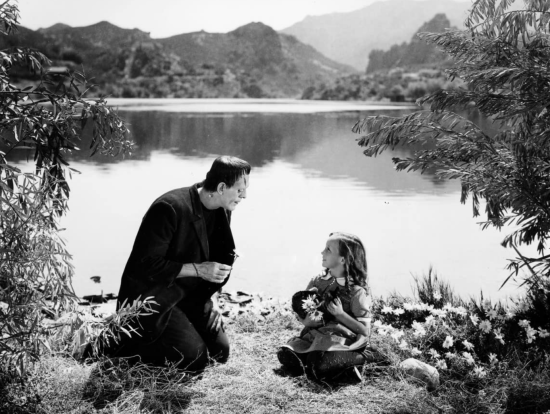 Boris Karloff was a 44-year-old stage and film-actor who had successfully made the transition from silent movies to the talkies when he was chosen to play the monstrous assemblage of corpses made human. "Frankenstein" afforded Karloff a breakout performance thanks to the humane sensitivity that the conscientious actor brought to the oversized character in opposition to Jack Pierce's beautifully gruesome make-up design. 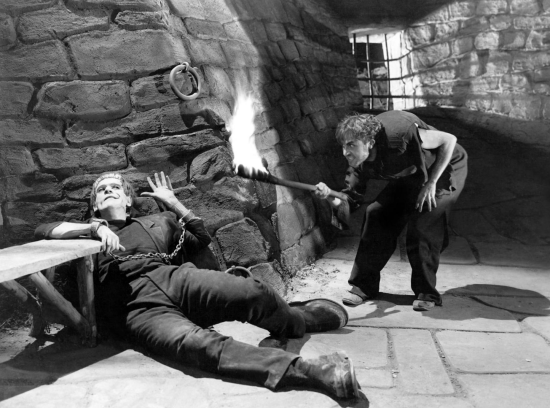 “Frankenstein” incorporated an open-ended tableau ending to allow for one of the first horror franchises in history. James Whale’s endlessly watchable “Frankenstein” is an essential cornerstone in the horror genre, and a hell of a lot of fun.