HE RAN ALL THE WAY — CLASSIC FILM PICK 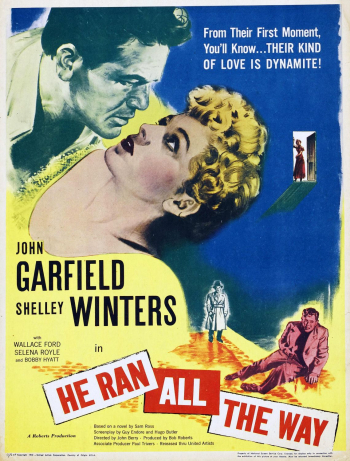 By the time he finished directing this notable addition to the film noir cannon in 1951, John Berry had become the eleventh member of the Senator Joe McCarthy's "Hollywood Ten" blacklist. He earned the career-wiping title. Berry directed a 15-minute documentary about the screenwriters and directors singled out by the House on Un-American Activities Committee's communist witch-hunt.

The supportive short film documented the "ten" film artists stating their ethical positions on their dilemma. When FBI agents appeared at the door of his Los Angeles home to serve him with a subpoena, Berry climbed out the bathroom window and headed straight to the airport, where he bought a ticket to Paris. It took years before he was able to look back at the country where he built a career he could never fully return to.

For the next 12 years John Berry continued to work as a filmmaker in France, but he did not thrive as he once had in America. He eventually returned to the States in 1963 to piece together what was left of his career. But by then, too much time had passed. Too many things had changed.

Fellow blacklisted Dalton Trumbo wrote the script for “He Ran All the Way,” based on a novel by Sam Ross about Nick Robey, the cynical product of a broken home who shoots a cop while trying to escape (after killing a guy over ten grand in cash). In an attempt to blend in with the local crowd, Nick (played by John Garfield in his last film role before his untimely death) goes to a nearby public swimming pool, where he meets Peg Dobbs (Shelley Winters), a bakery worker living at home with her parents and little brother. Nick escorts Peg home, and then loosely holds her working-class family hostage while initiating a troubled relationship with the emotionally needy Peg.

"He Ran All the Way" marked the end of John Garfield's once-promising acting career — one that significantly influenced Marlon Brando's naturalistic style of method acting. Garfield's refusal to name names in the HUAC hearings left him without work; a heart attack finished him off a year later. As such, the bloodbath of the movie reflects the political scapegoating going on at the time the picture was made.

Cinematographer James Wong Howe's vivid use of deep focus shots contributes to the film's lushly saturated photography, effectively conveying Nick's imminent doom. Shelly Winters and James Garfield play their characters' charged emotions and wavering degrees of trust and romantic attraction with a potent sense of urgency that is startling to witness. The tragedies behind the heartbreak on the screen are real. 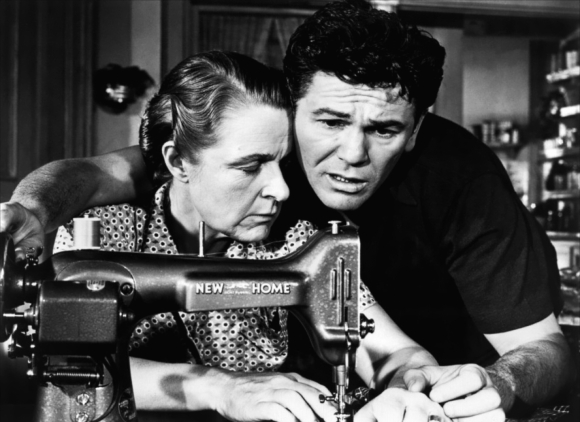