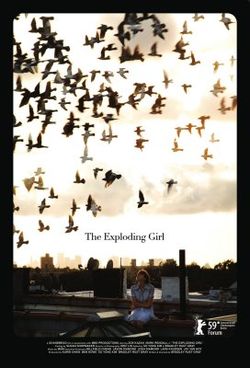 The camera loves Zoe Kazan in newcomer Bradley Rust Gray's mumblecore snooze fest. As Ivy, Kazan is a button-cute waif spending her first summer back from college with her guy-pal Al (Mark Rendall) whose inability to articulate his romantic attraction makes up what little tension the film has to offer. Ivy's long-distance boyfriend Greg is already moving onto greener pastures. For the uninitiated, "Mumblecore" is an already deceased cinema movement about the 21st century's generation of passive and passive aggressive young people. They are the obvious heirs to the "slackers" of the '90 who had least had a few confrontational ideas, and grunge music to identify with. Mumblecore kids have a nearly mute proclivity for sitting on situations until the person or people near them become so impatient with their follow-the-leader mentality that they--the other person--finally does something. The upside about this oh-so-tragic generation is that they might just be the next hope for reducing the world's overpopulation problem because they are much to lazy and inhibited for sex. Like last year's foreign darling "The Headless Woman," "The Exploding Girl" promises something it can't deliver. As such it's a great barometer for pretentious film critics to expose their narcissistic intentions. The camera loves Zoe Kazan. So what.

Listed below are links to weblogs that reference The Exploding Girl: