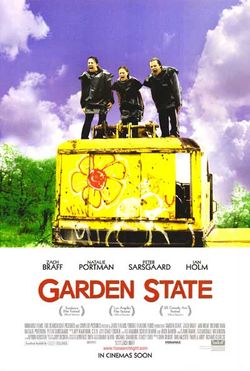 Actor Zach Braff makes his writing and directing debut with a plaintive post-modern drama that relies on dry wit to entertain its audience. Braff leads the movie as Andrew Largeman (AKA “Large”), an antidepressant addict who returns to his home in New Jersey for his mother’s funeral after a ten year absence. Andrew soon liberates himself from his reliance on medication, and discovers love in the guise of local quirky chic Samantha (Natalie Portman). Peter Sarsgaard adds depth to the movie as Andrew’s stoner friend, and Ian Holm gives an understated performance as Andrew’s detached psychologist father. “Garden State” marks an notable debut for Zach Braff, but the movie lacks sufficient narrative substance to make it rewarding.

Listed below are links to weblogs that reference Garden State :