The Door In The Floor 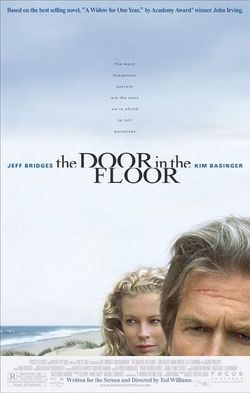 The first act of John Irving’s novel “A Widow For One Year” serves as the blueprint for this riveting drama directed by upstart powerhouse filmmaker Tod Williams (“The Adventures of Sebastian Cole”). Jeff Bridges gives a finely crafted performance as Ted Cole, author of children’s books, who orchestrates a separation from his aggrieved wife Marion (Kim Basinger) during the summer of ’58 to keep custody of their four-year-old daughter Ruth (Elle Fanning). The accidental death of the couple’s two sons sets up a vulnerable relationship that Ted exploits to prey on women while hiring a teen-aged assistant (Jon Foster) to fall in love with his wife and service her inverted oedipal desires. Complex, candid, and satisfying “The Door In The Floor” beckons back to the socially provocative American films of the late ‘60s and early ’70s. It is an adult drama with characters you sympathize with in spite of their immoral behavior.

Listed below are links to weblogs that reference The Door In The Floor :