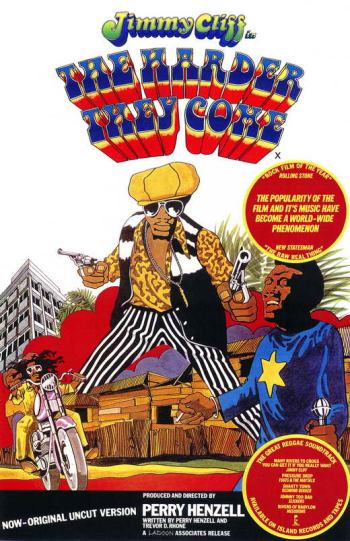 Perry Henzell's rugged reggae crime story — loosely based on a '40s-era Jamaican folk hero/criminal — plays like a musically inspired docudrama of the raw social reality of the impoverished island nation in the '70s. That the film is Jamaica’s first feature film adds to Henzell’s legend as a visionary filmmaker.

Henzell's exclusive use of non-professional actors fulfills an undiluted commitment to Jamaica’s cultural identity trapped beneath a unique set of military, political, and capitalist circumstances. The country is like a tinderbox. 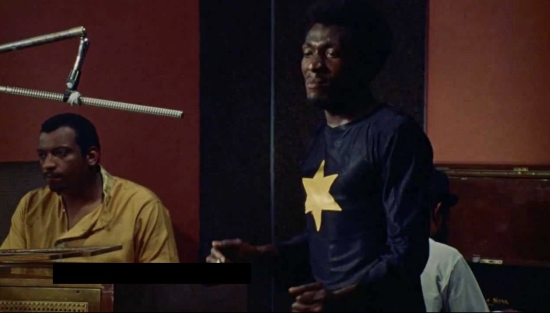 Co-written by Henzell and Trevor Rhone, this independent masterpiece was released in the States via Roger Corman in 1973. With its unforgettable soundtrack, the picture soon became a Midnight Movie cult favorite.

The filmmaker’s intuitive use of expressive roots reggae songs, as sung by the genius of pop music Mr. Jimmy Cliff, makes a perfect impact; songs blend together from recording studios, dance halls, and blaring transistor radios. You can feel the heat coming off the dry dirt at these characters’ feet.

Jimmy Cliff plays Ivan Martin, a country boy who moves to Kingston to begin a career as a reggae singer. This kid is talented. Ivan's mother sets him up with a local preacher (Basil Kane), whose female charge Elsa (JaneT Bartley) attracts Ivan's romantic devotion. 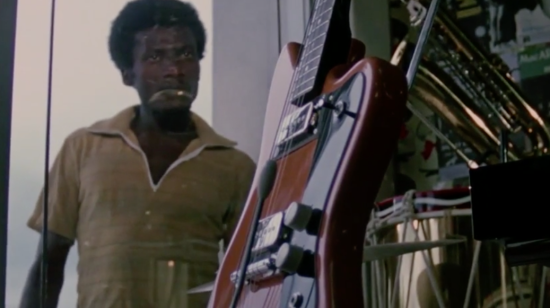 A bicycle that Ivan builds in order to court Elsa incites Ivan to violence when another man tries to keep it. A hard brush with the Jamaican justice system has a lasting effect on Ivan's growing sense of musical ambition. After his release, Ivan records an irresistible song he's written. He soon discovers cold truths about the Kingston music monopoly presided over by local record producer Hilton (Bob Charlton). 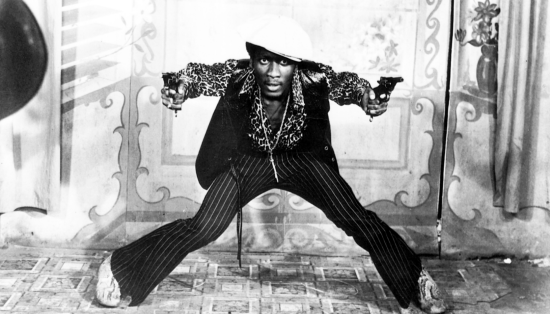 "The Harder They Come" fittingly helped make Jimmy Cliff an international star — he contributed four exquisite songs to the film ("The Harder they Come," "Many Rivers to Cross," "You Can Get it if You Really Want it," and "Sitting in Limbo"). Cliff's overflowing charisma comes across with every bead of sweat that drips from his face despite his character's dead-end actions. 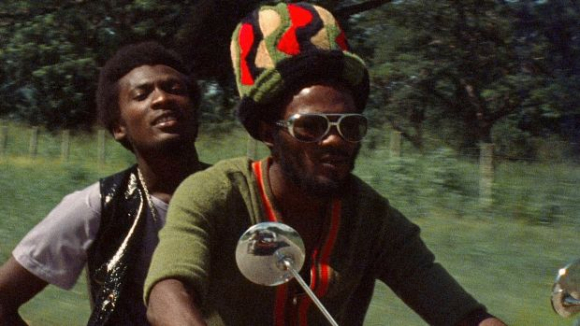 The musically inflected drama can also be viewed as a Blaxploitation film inasmuch as it gives clear expression and rebellious deeds to its ghetto-trapped subjects. The inextricable link between the film's music and its plotline leaves an indelible imprint on your ears and heart. If you want to begin to understand the significance of reggae music, watch "The Harder They Come." You’ll be humming “You Can Get it if You Really Want it” for days, if not weeks after seeing the movie.