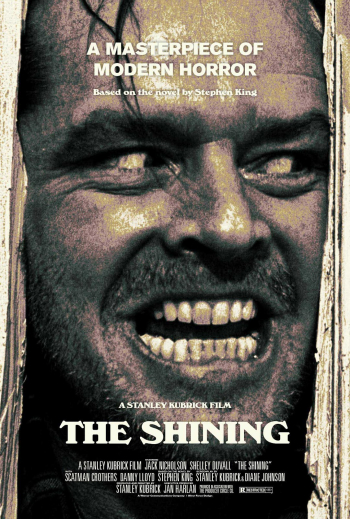 As with all of Kubrick's work, the film is so visually hyper composed that it burns its formally stylized imagery into your memory banks forever. Style and substance combine to scare audiences with filmic tension. 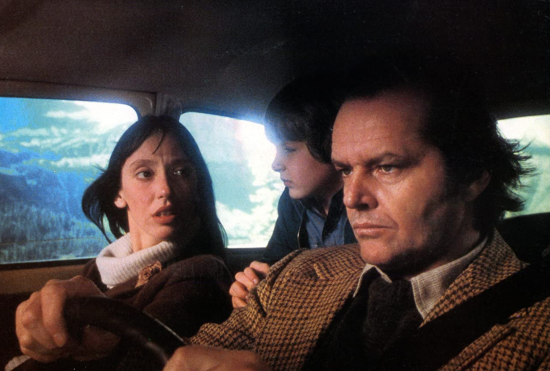 Billed as a psychological horror film, the strange narrative follows author Jack Torrance (Jack Nicholson) who takes on a wintertime caretaker position at a remote and empty Colorado hotel called the Overlook to work on his next book. His boring wife Wendy (Shelly Duvall) and telepathically receptive eight-year-old son Danny (Danny Lloyd) entertain themselves by his side. 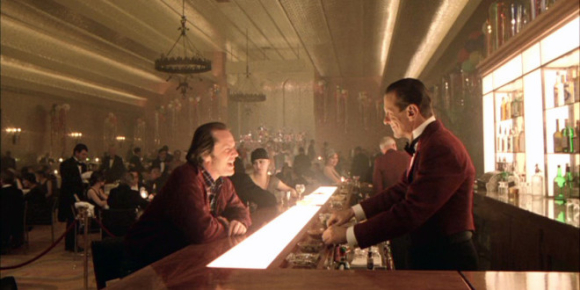 Built on an Indian burial ground, the Overlook Hotel has its share of ghosts — the previous caretaker killed his family and himself there. Strange paranormal influences appear; they speak directly to Jack and to his young son. 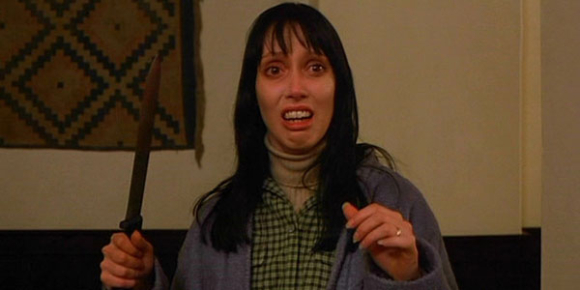 For much of the movie it remains unclear whether the father or boy will be the instrument of evil that the story threatens to unleash. Complete with a giant outdoor hedge maze and vast empty interior spaces, the hotel comes to queasy life in places like its Gold Room bar where chatty Jack talks about problems with his wife to an all too empathetic bartender of abstract origin. 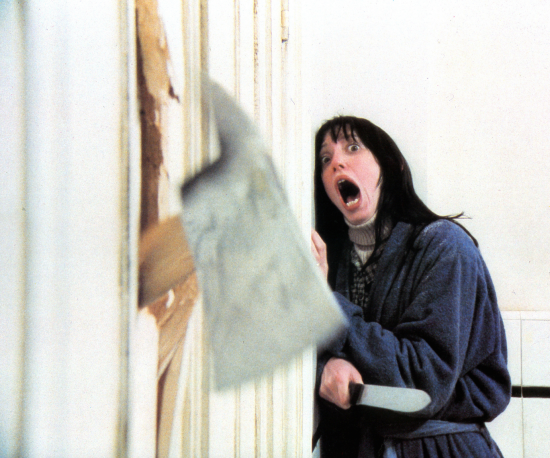 Moments of sheer comic expression, like Jack's axe-wielding rendition of "Heeeere's Johnny" (think Johnny Carson) when he attacks his wife, buttress against disturbing revelations, like the insanely repetitive text of Jack's manuscript. 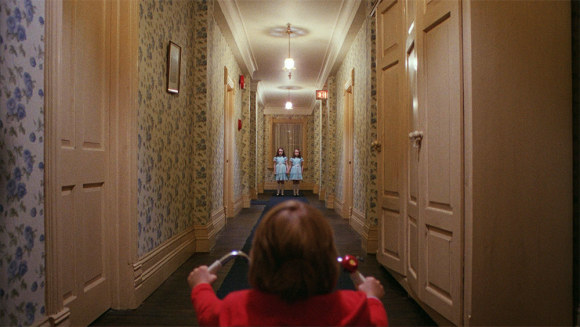 These illogical events work to layer the film with strangely effective brushstrokes of dread and horror. An elevator full of blood spills its load with an otherworldly fury. 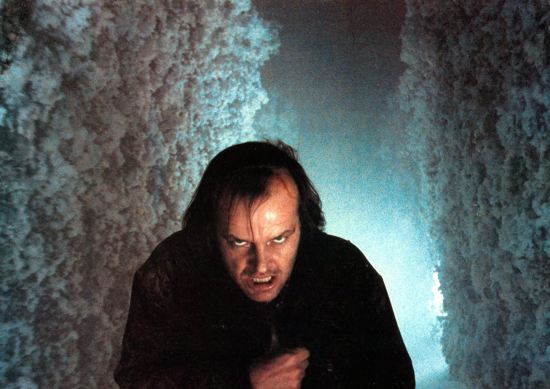 Although widely panned upon its release by critics who didn't get the film's complex play between tone and thematic import, "The Shining" has deservedly come to be regarded as a tour de force of contemporary cinema. Oh the horror.