DO THE RIGHT THING — THE CRITERION COLLECTION 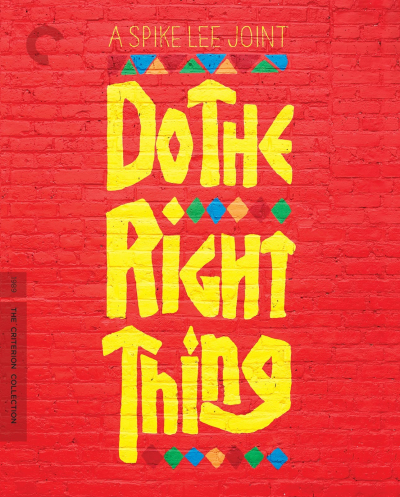 Spike Lee's breakout (1989) movie was a cinematic bellwether of the racial tensions in America that exploded during the Los Angeles “Rodney King riots” of 1992. 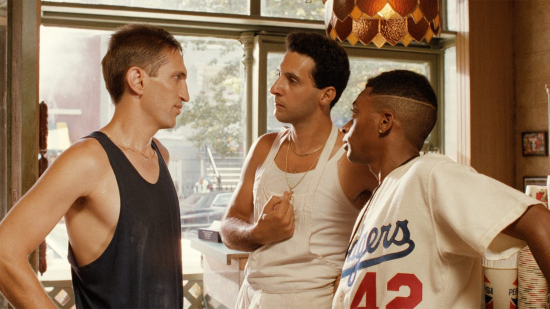 Lee was inspired to write the script for his third feature-length film (behind “She’s Gotta Have it” and “School Daze”) after a violent incident of racism that occurred in the Howard Beach section of Queens. Three black motorists were stranded at night with a flat tire. While calling for roadside assistance, the men were chased out of a pizzeria by a gang of baseball bat-wielding Italian thugs. One of the black men was struck and killed by a car while desperately attempting to escape across a busy highway. 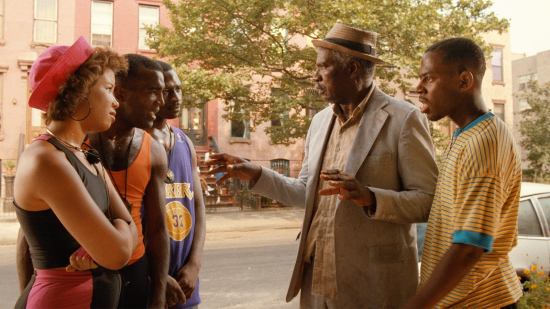 Simmering desperation is a key ingredient in “Do the Right Thing.” Set in the racially diverse Brooklyn neighborhood of Bedford-Stuyvesant (a.k.a. Bed-Stuy) Spike Lee plays Mookie, a fair-minded impish young black man who lives with his sister Jade (Joie Lee). It's the hottest day of summer, when the homicide rate in New York increases in relation to thermometer mercury. 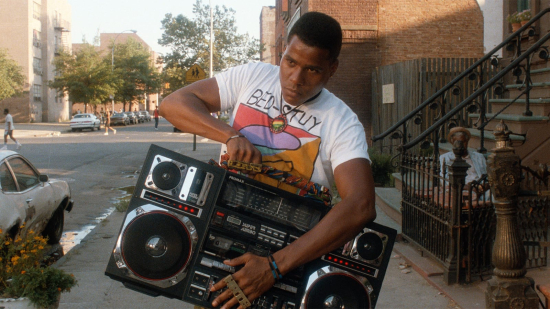 Mookie delivers pizza for the Italian-owned Sal's Famous Pizzeria, much to the chagrin of Sal's racist son Pino (John Turturro). Tensions start to fester when Mookie's activist-minded pal Buggin' Out (Giancarlo Esposito) takes umbrage at Sal's (Danny Aiello) "Wall of Fame" that features an exclusive collection of photos of American-Italians such as Frank Sinatra and Sylvester Stallone. Consequently, Buggin' Out demands a boycott of Sal's Pizzeria. Sal’s is not the kind of joint where a brother like “Radio Raheem” (Bill Nunn), a boom-box-carrying guy who lives for his music, is welcome. Sal’s destruction of Raheem’s boom box with a baseball bat sets off a tragic act of lethal police violence that is repeated daily across America. 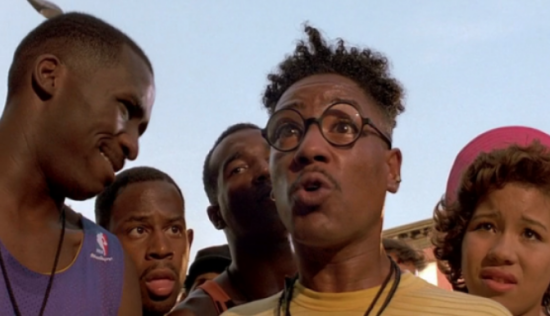 Down the street at a Korean-owned bodega, the neighborhood philosopher — a lush named Da Mayor (Ossie Davis) — can't buy his favorite brand of beer. As a slice-of-life time capsule of '80s New York social existence, "Do the Right Thing" effortlessly spins like a rhythmically timed roulette wheel between communities of characters who are archetypal rather than walking clichés. Nearly every line of dialogue speaks to Lee’s theme of America’s problem of systemic racism. “That’s the truth Ruth.” 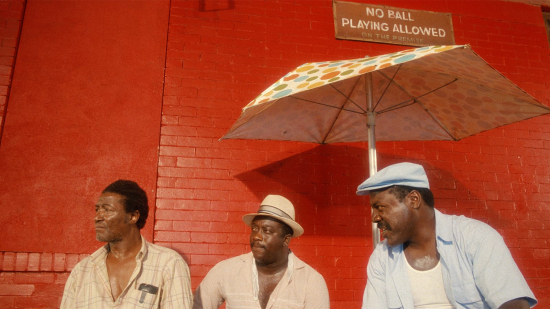 Lee's inspired dialectic approach harkens back to the Group Theater's social critique plays of the '30s. "Do the Right Thing" is a film whose ability to entertain, provoke, and question, has not diminished since the film was made.