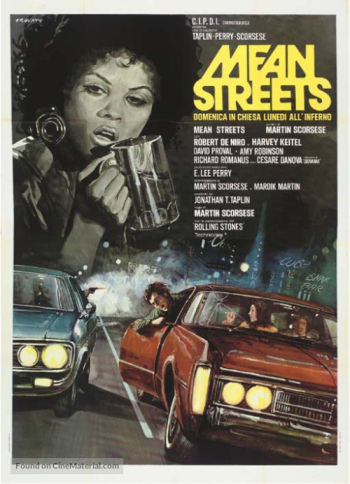 After John Cassavetes read Martin Scorsese the riot act about Scorsese's (less than stellar) first film "Boxcar Bertha," the upstart director set out on a mission to write and direct a hyper personalized movie about the streets of Little Italy where he grew up. Scorsese rode around the shrinking Manhattan district at night with his co-writer (Iraqi immigrant Mardik Martin) so the two men could write the script inside their parked car while watching the street life around them.

Connecting aspects of gangster films from the '30s to noir and autobiographical elements, Scorsese went a daring step further by using pop music in a previously unimagined way. When "Be My Baby" plays during the opening credit sequence over home movie footage of Harvey Keitel's character Charlie, it sends a message of romanticized hopefulness set against a harsh reality that refuses to comply with such dreams of glory. During a bar brawl later in the film, the Marvelettes' song "Mr. Postman" lends poignant counterpoint to the scene's spontaneous violence. Never mind that Scorsese didn't bother to attain licensing for the music, Phil Spector let him off the hook after seeing the finished result. Genius and luck coincided. 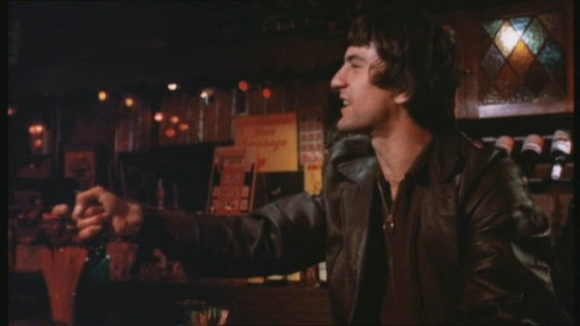 "You don't make up for your sins in the church. You do it in the streets. You do it at home. The rest is bullshit, and you know it."

These are the words of Charlie's subconscious inner voice that introduces us to his simmering identity crisis. The fact that it's Scorsese's actual voice periodically that speaks Charlie's inner monologue sneaks in a loaded layer of thematic import directly from the filmmaker's tortured heart. Scorsese's fluid camera drinks in the red-punctuated bar interiors and grimy streets of Little Italy to follow his characters' movements with a lively physicality inherent to their shared histories.

As Charlie bides his time, hoping to become a made man for the local Mafia boss, he tries to reconcile his hidden love affair with Teresa (Amy Robinson), the epileptic cousin of Johnny Boy (Robert De Niro), a misfit whose unpaid debts to loan sharks are quickly catching up with him. 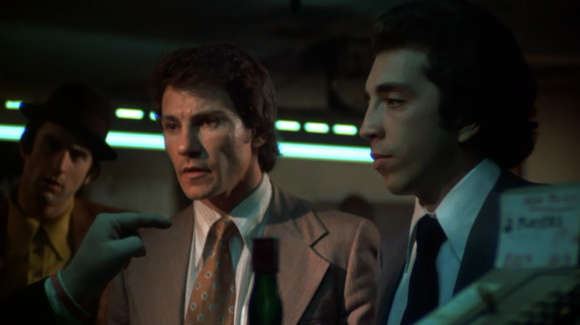 "Mean Streets" is more than a rambunctious time capsule of the Italian-American experience, it is a groundbreaking film that announces the career of a truly original voice in world cinema. Especially prominent is this film's connection to Scorsese's next movie "Taxi Driver," in which the filmmaker would expand on the violent trajectory of a tortured soul (once again embodied by Robert De Niro) at odds with the clashing social conditions of '70s era New York City.